Biden is in a hole of his own making 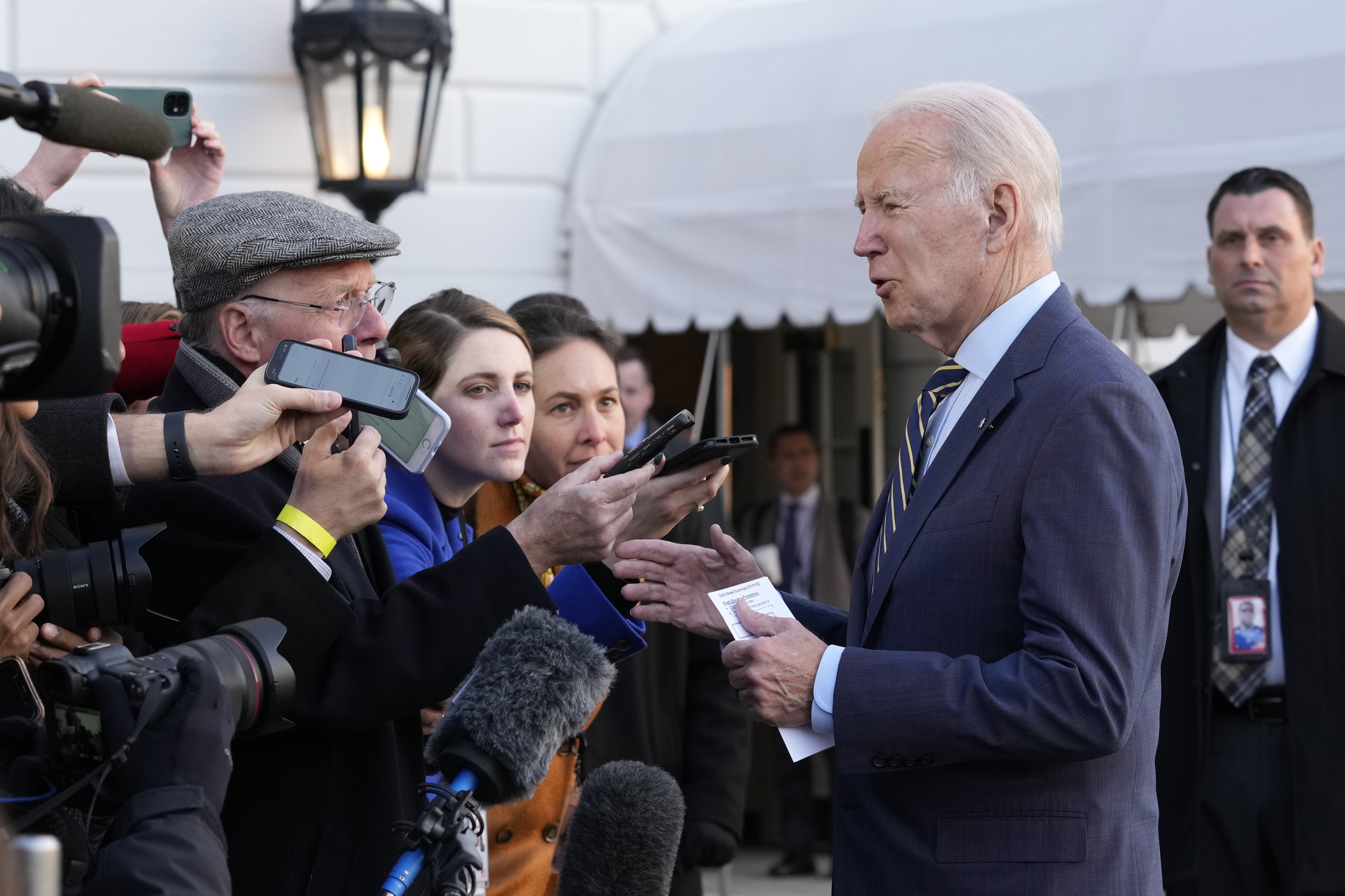 President Joe Biden’s approval numbers are rising. Democrats are as loyal as they’ve been in months. Inflation is down, jobs are up, and shovels are hitting dirt on ambitious plans to fortify America’s infrastructure.

And, yet, Biden is doing some digging of his own.

Attorney General Merrick Garland’s announcement Thursday that he was appointing a special counsel to investigate how classified documents from Biden’s years as vice president came to be stored in his Delaware residence and private office in D.C. thrust a note of political danger into an otherwise good stretch for the White House.

Biden faces weeks, if not months, of legal probing, speculation and bad headlines over his handling of the material. Not to mention the very strong likelihood of additional House GOP probes into the matter. He also found himself deprived, for the time being, of a clean-shot talking point against his archnemesis former President Donald Trump — who is facing a separate special counsel investigation into his own handling of classified materials kept at his private club and home in Florida.

The two cases are markedly different. But some Democrats privately concede that their coexistence gives the president’s critics a chance to denounce him as negligent, hypocritical or careless right at a time when things were moving Biden’s way.

“I think it takes the whole Trump scandal off the table,” said one Democratic Party operative, granted anonymity to speak freely about the delicate situation unfolding around the president.

“Most polls show that voters don’t give a fuck about this stuff,” they added. “But the media momentum is real.”

Elected Democrats have largely rallied behind the president, with House Minority Leader Hakeem Jeffries telling reporters that he has “full faith and credit in President Biden” on the documents matter. Biden, Jeffries told reporters, “is doing everything to take appropriate steps and how to move forward in a responsible fashion.”

But Capitol Hill Democrats have called for briefings and more information surrounding the former vice president’s document storage. And some have started to privately worry that the ordeal will distract from their collective priorities and could begin to help validate GOP investigations they dismiss as politically motivated headaches.

At a minimum, there is a recognition that this would complicate the White House’s public efforts to create a contrast between their professional operations and “the House leadership circus,” as one Democratic official put it.

Another party elder conceded that it was frustrating to hand Republicans “a hammer.” But, like others, the person said it was still too early to conclude that the episode would have a lasting negative political impact.

House Speaker Kevin McCarthy, whose messy leadership battle has been held up by Biden advisers and Democratic allies as Exhibit A of the GOP’s dysfunction, pledged congressional investigations into the Biden documents.

“Here’s an individual that sat on ‘60 Minutes,’ that was so concerned about President Trump’s documents locked in behind him,” McCarthy said. “Now we find as the vice president he’s keeping it for years out in the open in different locations. I do not think any American believes that justice should not be equal to all.”

While Democrats have dismissed pledges like McCarthy’s as typical political fare of the opposition party, they also have been frustrated with elements of how the White House has handled the situation. When news broke about the discovery of the first tranche of secret documents at the president’s private office, Biden, one of his lawyers and the White House press secretary reiterated that the president’s lawyers followed a process of informing government records-keepers and cooperating with Justice Department officials.

But nowhere in their remarks or written statement was there an acknowledgment that — as Garland revealed on Thursday — more classified papers had been found at the president’s Delaware home on Dec. 20. Nor have they explained why the discovery of the first tranche was not revealed when it happened on Nov. 2.

Those questions became a flashpoint between the White House and its press corps, with press secretary Karine Jean-Pierre coming under fire on Thursday for failing to inform the public of the findings.

Earlier in the day, Biden addressed the documents during a speech that had been pegged to improving the economy and lowering the inflation rate. Asked what he was thinking by keeping classified material next to his prized car, Biden noted that “my Corvette is in a locked garage, OK? So it’s not like they’re sitting out on the street.”

The hope among Biden allies is that, in the long run, the special counsel could be remembered as something of a boon for the president in that it removes the appearance of bias and, conceivably, makes it easier for the separate special counsel in Trump’s own case to move forward. Biden, the thinking goes, has the opportunity to fully clear his name — possibly at some point before he runs for reelection next year.

But in the short term, the politics could be punishing. The coverage puts Biden on Trump’s level — removing some of the high ground the president sought when he spoke this past fall about the sanctity of classified documents. Biden’s team, for its part, has declined opportunities to draw the contrast, leaving that to outside allies. But some of their remarks on the subject do so implicitly.

In a statement, a Biden lawyer pledged cooperation with the special counsel.

“As the president said, he takes classified information and materials seriously,” Biden attorney Richard Sauber said, “and as we have said, we have cooperated from the moment we informed the Archives that a small number of documents were found, and we will continue to cooperate.”

Jonathan Lemire and Olivia Beavers contributed to this report.