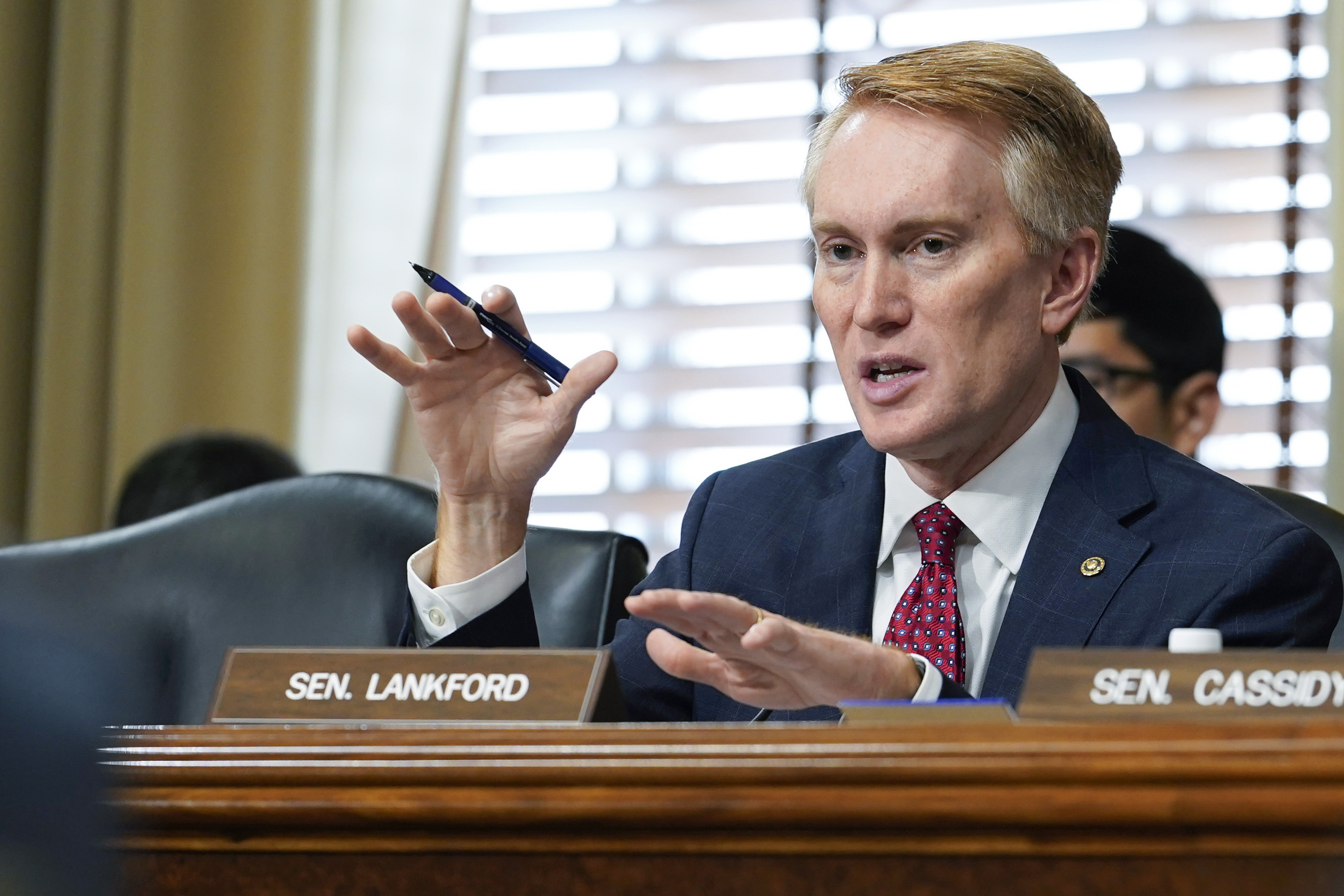 A bipartisan super-majority of senators voted late Wednesday to endorse a Republican-led measure stating that any nuclear agreement with Tehran should also address Iran’s support for terrorism in the region, and that the U.S. should not lift sanctions on an elite branch of the Iranian military, the Islamic Revolutionary Guard Corps.

While the measure itself was non-binding, the vote was hailed as a modest victory for Republicans who have pushed the Biden administration to walk away from the talks in Vienna, where a final deal has eluded negotiators.

Lawmakers from both parties said it was a warning shot to Biden’s negotiating team, who have all but acknowledged in private that an agreement that goes beyond curtailing Iran’s nuclear program is no longer possible, according to multiple people familiar with classified Hill briefings on the subject.

The vote was also a preview of the bipartisan rebuke that’s likely to come if the U.S. and Iran clinch an agreement that doesn’t address Iran’s non-nuclear activities and removes the IRGC’s terrorist designation — a “test vote,” in the words of one senator.

“It is a strong expression of sentiment about where we’re at with Iran and the concern that members of the Senate have with Iran’s trajectory here as it relates to its march toward a nuclear weapon — and what we try to do to prevent it,” said Senate Foreign Relations Committee Chair Bob Menendez (D-N.J.), who wasn’t present for Wednesday’s vote but would have supported the measure. Menendez opposed the 2015 nuclear deal under Barack Obama’s administration.

“At the end of the day,” he added, “I think it’s a pretty strong statement.” 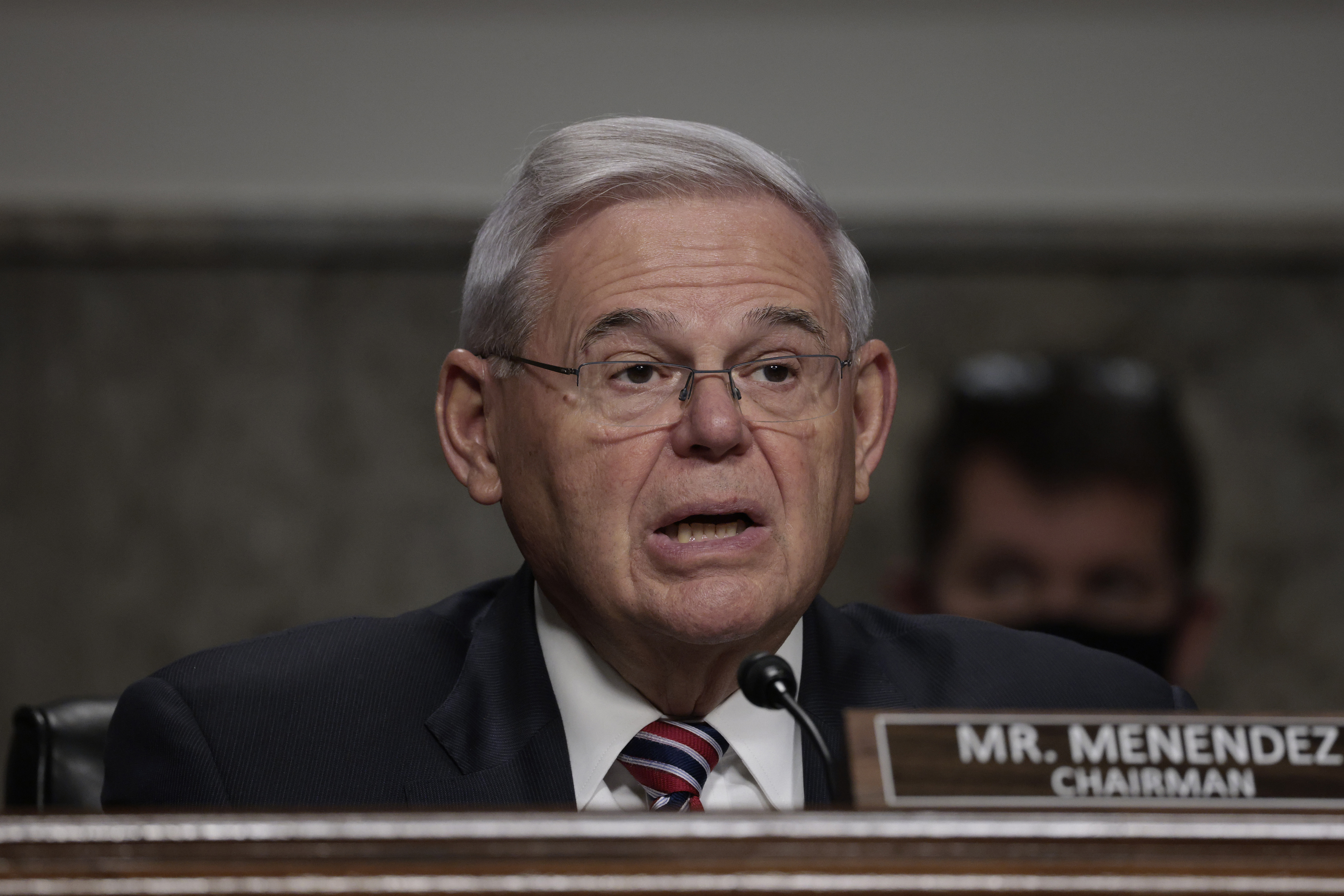 Wednesday’s vote was the first time lawmakers were forced to go on the record about the key sticking points in the Biden administration’s year-long efforts to revive a nuclear agreement with Iran. It made clear that most lawmakers are skeptical about the terms of the deal, and would only support a more comprehensive agreement that addresses Tehran’s backing for terrorism in the region, too.

“We want a longer and stronger deal,” Sen. Cory Booker (D-N.J.) said when asked why he supported the measure. “[I want] the best deal possible that secures the region and prevents Iran from having a nuclear weapon.”

Sen. Chris Murphy (D-Conn.), who spoke on the Senate floor against the measure, suggested it could undermine the Biden administration’s efforts and said it would be an endorsement of the Donald Trump-era approach to Iran.

“Iran is weeks away from having enough nuclear material for a weapon,” Murphy said. “To deny this administration the ability to enter into a nuclear agreement isn’t just folly, it’s downright dangerous…. We should not endorse four more years of this failed Iran policy.”

A whopping 16 Democrats voted with almost all Republicans to approve Sen. James Lankford’s (R-Okla.) motion, easily clearing the 60-vote threshold. (The vote was part of a series of “motions to instruct” related to legislation to boost competition with China.)

The group of “yes” votes included Majority Leader Chuck Schumer, who opposed the 2015 nuclear deal, as well as a handful of the Senate’s most vulnerable in-cycle Democrats, like Sens. Catherine Cortez Masto (D-Nev.), Maggie Hassan (D-N.H.) and Mark Kelly (D-Ariz.).

Senate Majority Whip Dick Durbin (D-Ill.) downplayed the vote and said he expects at least half of the Democrats who supported the Lankford motion would ultimately side with the Biden administration on a nuclear deal.

“It was a non-binding vote. It’s a political year,” Durbin said. “If we get down to a serious negotiation and the potential for reining in nuclear weapons in the Middle East, I think people will look at it differently.” 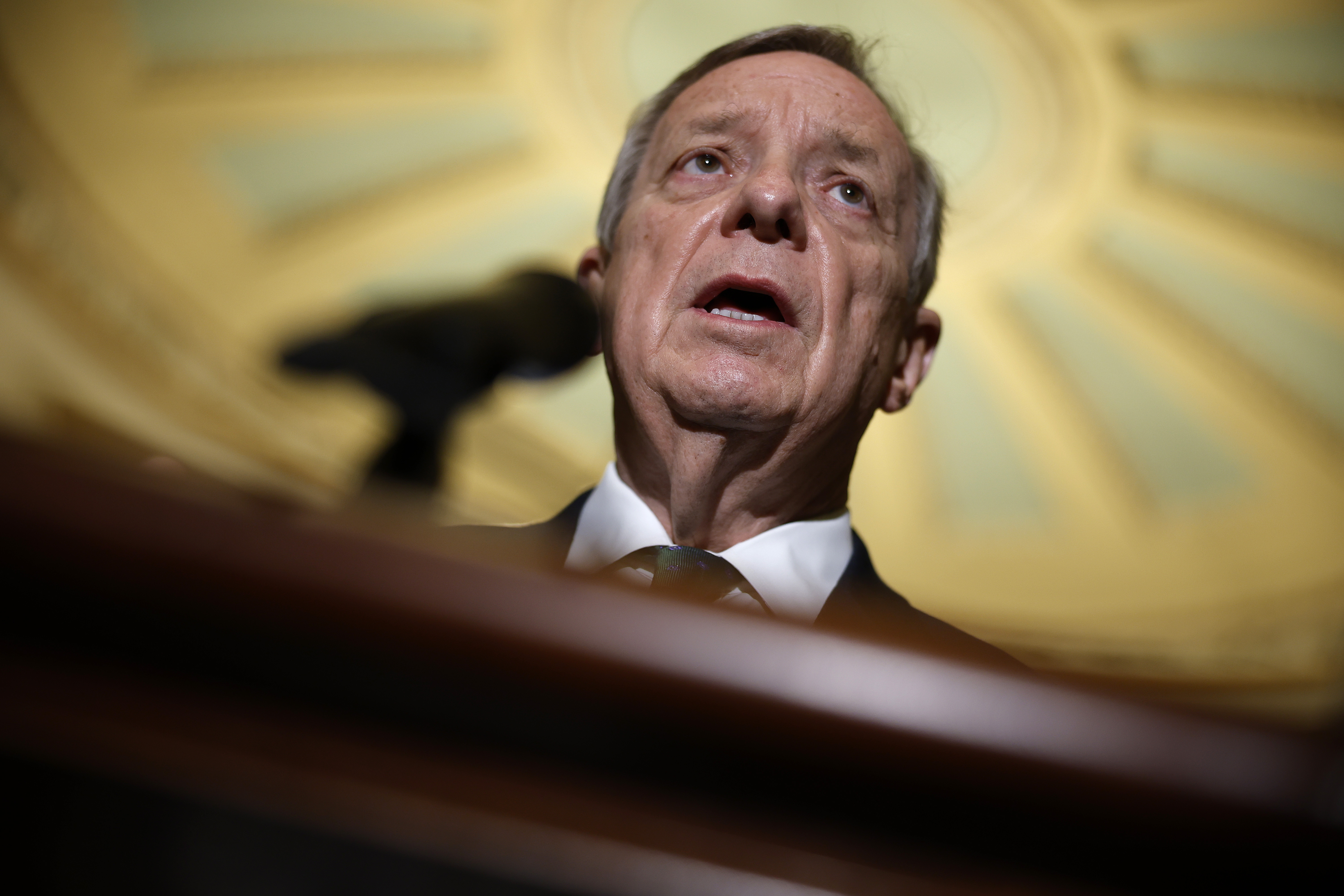 “Motions to instruct are like Student Council,” Sen. Brian Schatz (D-Hawaii) quipped. “Please quote me on that.”

A State Department spokesperson reiterated that Biden is seeking a full return to the 2015 agreement and said “nothing in a nuclear deal would diminish our resolve to continue combatting” Iran’s support for terrorism as well as its ballistic missile program. Additionally, most of the existing sanctions on Iran will remain in place regardless of the outcome in Vienna.

“If and when we conclude a deal on mutual return to full implementation of the [2015 deal], we will look forward to defending it in detail, and we are confident that it will have support in Congress and with the American people,” the spokesperson added.

Most Democrats, even those who opposed the initial deal, criticized Trump for pulling out of the agreement in 2018 and implementing a so-called maximum pressure campaign of sanctions and other punitive measures against the Iranian regime. Democrats say Trump’s policy failed, pushing Iran much closer to achieving full nuclear capabilities.

Republicans said the vote was a clear sign that Biden and his negotiators — who have been warning lawmakers that Iran is closer than ever to producing enough material for a nuclear bomb — are headed for defeat.

“They’re so desperate for a deal that they’ve been willing to concede almost anything,” said Sen. Ted Cruz (R-Texas), who authored a similar motion that passed overwhelmingly on Wednesday. “This deal is a terrible deal, and I think it is important to get every senator on-record where they stand.”

Iran has demanded that the U.S. scrap the IRGC’s designation as a foreign terrorist organization as part of an eventual nuclear agreement. Allies of the Biden team have argued that the designation itself is largely symbolic — and that other Treasury Department sanctions on the military unit significantly restrict its international engagement. But dozens of Democrats, particularly in the House, have urged the Biden administration to resist delisting the IRGC, noting that the elite military unit continues to target Americans in the region and has not shown a willingness to cease its malign actions.

A bad deal, many lawmakers now say, is worse than no deal at all.

“If what is being talked about in public is the agreement, I don’t think that’s a good agreement. If all we’re going to get is six months [of breakout time], nothing else, and we are going to lift a series of sanctions and have flows of money go to Iran as a result of lifting those sanctions, at the end of the day we will help fuel their progress,” Menendez said. “And that’s not something we should do.”

At least two Democrats, though, said their votes in favor of Lankford’s motion on Wednesday weren’t indicative of their support for an eventual agreement between the U.S. and Iran.

“I supported this motion in order to encourage the Biden administration’s negotiations to push for the strongest possible deal that addresses Iran’s nuclear weapons program and many other malign activities,” said Sen. Chris Coons (D-Del.), a top Biden ally. “My vote on this provision does not undermine my continuing support for the administration’s efforts to negotiate an agreement, and I maintain an open mind towards any potential outcomes from negotiations in Vienna.”

“To me, it was an opportunity to make it clear about my concerns about Iranian efforts that, in my view, promoted terrorism, and their unwillingness to follow through on many of the pledges made from the first agreement,” added Sen. Ron Wyden (D-Ore.).

There’s an ongoing debate among the Senate’s procedural experts about whether a new nuclear deal, if clinched, would be subject to congressional review. Most senators believe Congress is legally required to approve any new agreement — as it did seven years ago. But they expect the Biden administration, which argues that the executive branch doesn’t need Congress’ approval, to find a loophole in a 2015 law that gave lawmakers the ability to vote to block a deal.

“We have no idea if it’s ever going to come to the Senate. And that’s my concern, is that the administration is trying to make a deal and never send it over here,” Lankford said in a brief interview. “So I think it’s important to be able to say, where does the Senate stand on these key issues like lifting sanctions on the IRGC, like missile technology and nuclear material.”

Although a bipartisan majority in both chambers appears poised to reject a new nuclear agreement with Iran, it’s unlikely that lawmakers could block it entirely. Biden is certain to veto any congressional effort to prevent the deal from taking effect, and it’s unlikely that lawmakers in either chamber could clear the two-thirds threshold required to override that veto.

That means Washington is almost certainly on track for a 2015 rerun, in which the agreement ultimately survived a congressional vote even though most lawmakers opposed it.