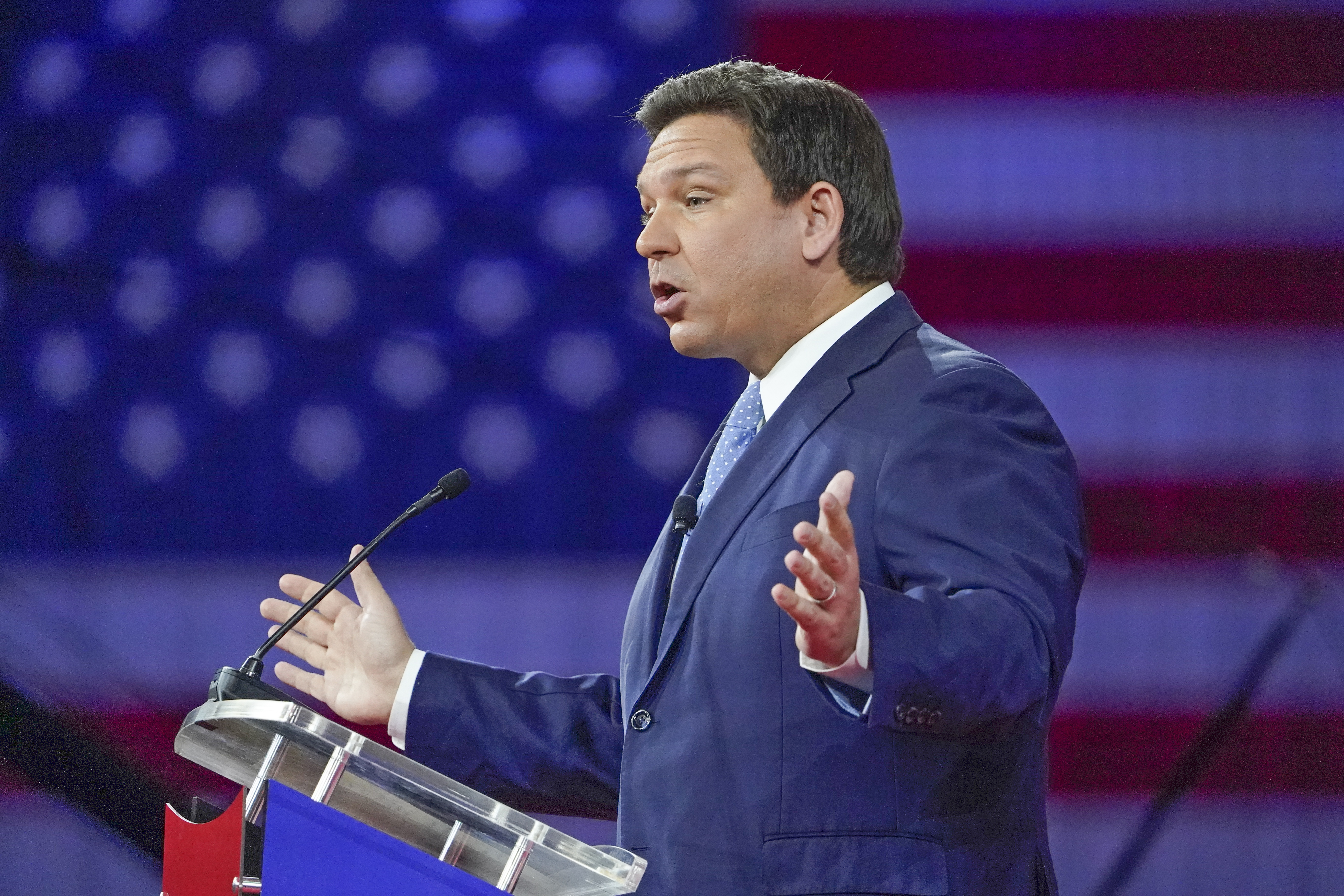 Popack, chair and CEO of YMP Real Estate Management, had DeSantis and a handful of top contributors to his 10,000-square-foot Miami Beach home in February, an event DeSantis’ political committee reported as a $200,000 non-monetary or in-kind contribution from Popack.

That eye-popping number makes it the most expensive reported fundraiser from an individual — not a company or political organization — in the past 20 years in Florida, according to state campaign finance reports.

The event was a new frontier for Popack, who did not return requests seeking comment. He has never been a regular on Florida’s campaign finance circuit and is not a longtime political donor.

Popack does, however, have one thing in common with a new breed of DeSantis donors: He’s part of Florida’s red-hot real estate market.

Over the past year, DeSantis and his aligned political committee have raised more than $7 million from real estate developers, investors and realtors, making that industry one of the Republican governor’s biggest donor groups as he prepares to run for reelection — and maybe president.

DeSantis’ reelection campaign, which declined to comment for this story, is both tapping longtime real estate donors and attracting new political money from the industry. Of his contributions, more than $2.5 million came from real estate industry-aligned donors who had never given political coin, or have not given in several election cycles, a POLITICO analysis found.

The wave of political cash has been spurred, in part, by DeSantis’ push to reopen Florida ahead of other states at the height of the Covid-19 pandemic, a move that helped industry executives boost their bottom lines. But it came amid the backdrop of an affordable housing crisis increasingly highlighted by Democrats who say the spike is benefiting real estate leaders at the expense of low-income Floridians.

“The biggest reason I can think of is that demand is so damn high, we are all making a lot of money,” said Pat Neal, a Florida real estate developer and longtime Republican donor who gave $175,000 to DeSantis’ political committee.

Neal said DeSantis has been a fundraising machine across industries, so much so that he had to find a larger venue for a recent donor event he is hosting for the governor.

“I promised a small, intimate event, but we had to move it,” Neal said. “The governor raises so much money, there is so much interest. There were a lot of builder and developer types, and the agriculture people who are interested in immigration issues.”

DeSantis has raised huge sums from other industries — such as hospitality, — which benefited from his early push to reopen Florida’s economy — as well as health care, insurance and finance. But his biggest chunk over the past year came from real estate industry-aligned executives and associated companies that have profited off his administration’s policies.

“I think a combination of two things, we absolutely support all the keep Florida open business policies the governor adopted,” Carlos Beruff, a Sarasota County homebuilder and longtime Republican donor, said in an interview. “The second thing is, I call it the Covid phenomenon in real estate. Unfortunately, Covid has been a terrible plague on us, but in the real estate industry, there has been a boom.”

“Everyone in the industry just has more walking around money,” he added, explaining the increase of new real estate industry donors to DeSantis.

Beruff said, for homebuilders and others in residential real estate, DeSantis reopening Florida ahead of most other states was a turning point for the industry.

“I can show you our sales rates, they went off the charts in June, July, and August [of 2020],” Beruff said. “That’s not just for me. I talk to everyone in the industry, and people want to support the guy who made that happen.”

Florida Realtors, the state’s biggest industry trade group, also pointed to the administration’s pandemic policies as a big reason for its support.

Industry profits, and in turn a spike in political contributions, come at a time when housing affordability is reaching crisis levels in the state. Rental prices have increased by up to 60 percent in Orlando over the last year. Democratic Miami-Dade County Mayor Daniella Levine Cava declared a state of emergency over affordable housing, noting Florida’s biggest county has become “the most unaffordable place in the country.” And rents are spiking around Tampa as a result, in part, of people flocking to the area during the pandemic.

“It is pretty clear to me that this is the main reason why the governor will not champion housing issues, and why he has been repeating industry talking points,” state Rep. Anna Eskamani (D-Orlando) said in an interview. “That is driven by a desire to make money, and clearly [political] contributions is a means to prohibit real action, which would require a heavier hand.”

During the recently concluded 2022 Florida legislative session, DeSantis and GOP majorities fully funded state housing trust funds with just over $300 million. It was the highest level in years, but Democrats and housing advocates said it was not enough because those funds have been raided of some $2.3 billion over the years. And much of the funding was focused on homeownership — not affordable rental assistance — and no substantive affordable housing legislation was passed during the two month lawmaking period.

“It’s so disingenuous to say that you care about Floridians when they [Republican leaders] actively are choosing profits over prosperity,” Eskamani said.

Democrats are increasingly leaning into the affordable housing issue in the run up to the 2022 midterms. Fried’s gubernatorial campaign outlined its affordable housing proposal, including declaring a state of emergency, earlier this week, and Crist has said that if elected he would appoint a “housing czar.”

DeSantis has not outlined a specific plan for grappling with Florida’s affordable housing crisis, but has laid blame for the issue at the feet of President Joe Biden’s administration, which has been struggling to rein in increasing inflation.

“So if you’re going to build an apartment complex, that would be maybe multifamily, the cost of that is now up 30 percent,” DeSantis said in February. “And so that’s going to cost more on the back end for people.”

DeSantis has also been critical of the U.S. Centers for Disease Control and Prevention’s pandemic-era eviction moratorium, which was designed to keep struggling renters in their homes during the height of the pandemic. It was instituted under former President Donald Trump, and ended by the Supreme Court in August 2021 in a move Biden called “disappointing.”