Disney Didn’t Leave the GOP Behind — Culture Did 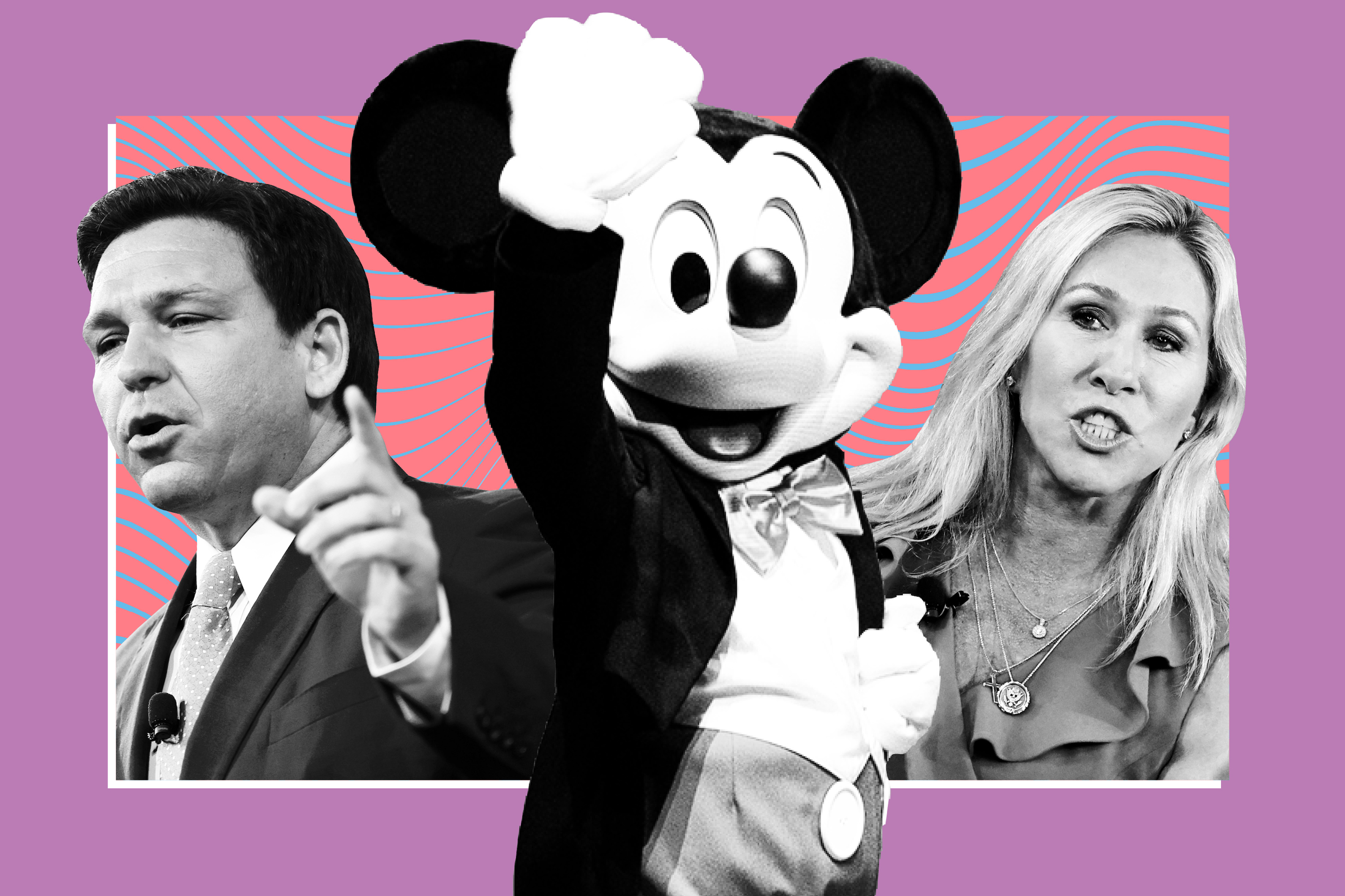 Once upon a time, Disney-bashing was primarily a liberal activity. Whether it was the company’s perceived stale, Cold War-era morality, its stranglehold on global pop culture or simply its role as one of America’s preeminent corporate monoliths, the company was a reliable punching bag for pugilistic left-of-center activists and cultural critics. Think I’m exaggerating? The backlash to “cultural imperialism” around the opening of Paris’ Euro Disney in the early 1990s inspired an actual bombing.

Now the tables have turned. The Walt Disney Company finds itself at the center of a controversy stoked by Republicans who, incensed by the company’s opposition to a piece of legislation recently signed into law by Gov. Ron DeSantis, are trying to paint it as the enemy of all things good, decent and godly in America. Dubbed by its enemies the “Don’t Say Gay” bill, the legislation bans instruction about sexual orientation and gender identity from kindergarten through third grade and mandates that education on these topics in any grade be “age appropriate” — a policy its supporters say is just common sense, and that critics say will have an overall chilling effect for gay educators, potentially driving them out of the workforce altogether.

But the details of the policy itself are almost beside the point. The attempt by Republicans to demonize one of America’s most beloved and trusted corporations seems so quixotic on its face that it invites a simple question: not “Why would they do this?” or even “Why would they think it could be done?” but “Why would it even seem advantageous to try?”

Disney has always been an explicitly morally instructive company; its characters were used as propaganda during World War II. Walt Disney’s original vision for Walt Disney World in Orlando was a model for a healthy civic society, among many other examples. Conservatives now simply disapprove of the corporation’s chosen morality, which includes commonly accepted progressive ideas about multiculturalism and personal identity.

The story of fighting back against that gradual, seemingly inevitable leftward cultural creep is more or less the story of conservatism itself. The incentives and pressures that have led conservatives on this particular quest, however — one that’s not only almost certainly hopeless, but that has led them into sinister rhetorical territory in referring to opponents of the law as “groomers,” or manipulative pedophiles — are quite modern, and reveal how much both our cultural and political landscape have shifted over just the past decade of American life.

Walt Disney’s personality and imagination are baked into the company that bears his name. From “Steamboat Willie” to “The Avengers,” there’s an irrepressible optimism, a love of sound and visuals for their own sake, and a dogged (to his critics, facile bordering on irresponsible) determination to make even the macabre or the tragic ultimately fun. If that sounds indistinguishable from the “American character” as hazily defined in pop culture, it’s not by accident.

Disney’s original critics from the left accused the company of whitewashing American life and spreading the post-war nuclear-family myth to unwilling recipients across the globe. What both the company’s cultural architects and critics could both agree on is that it represented, at least by the standards of pop culture, the middle-brow American mainstream.

The conservative critique of Disney today is premised on the idea that by aligning with liberal social causes, it’s left that mainstream behind. Yes, there is polling that shows the specific Florida bill in question is mostly popular with voters. But right-wing political entrepreneurs like Chris Rufo, the impresario of last year’s “critical race theory” panic, have turned a discrete disagreement over a piece of legislation into the fulcrum for a full-fledged culture war.

They now accuse notionally LGBT-friendly companies like Disney of “grooming” children — an astonishingly cynical rhetorical flourish that, by misappropriating a term used to describe pedophiles, manages to conflate homosexuality and pedophilia, profoundly disrespect actual survivors of child sex abuse by using their experience as a political cudgel, and invoke the specter of far-right conspiracy theories like “Pizzagate” all at once. (The backlash has also predictably and depressingly caught sex education in its blast radius, which has been repeatedly proven as the most effective tactic to prevent sexual abuse.)

The approach recalls the anti-gay crusades of the 1970s. A soundbite from conservative activist and erstwhile pop star Anita Bryant that’s made the rounds since the introduction of the Florida bill could have come from the keyboard of Rufo or any number of today’s anti-gay activists: “Homosexuals cannot reproduce, so they must recruit. And to freshen their ranks, they must recruit the youth of America.”

To middle-American, small-c conservative parents of young children, waiting until after third grade for their kids to learn about homosexuality — or simply teaching them about it themselves, in the privacy of their own home, as is their right — sounds pretty reasonable, at least to look at the polling. But to argue that corporate America is engaged in a mass conspiracy to turn your kids gay decidedly does not. The conservative culture-war tactics of 2021, as exemplified by Virginia Gov. Glenn Youngkin’s successful campaign, were predicated on real and widespread dissatisfaction with liberal management of the Covid-19 pandemic. By contrast, Disney’s move toward broader LGBTQ-friendliness is in lockstep with the American public; support for gay rights has been on an unbroken and steep rise for the past decade.

The GOP attacks on Disney are reminiscent above all else of their unsuccessful campaign against the NFL, with its support for the Black Lives Matter movement. Both are among the few remaining monocultural institutions in American life and present an irresistible opportunity to make a broader case about the national “character.” Ideological conservatives are nowhere near the rooms in which decisions about those institutions’ publicly-professed politics are made, and therefore seek to steer the conversation from the outside. And in both cases, conservatives have conflated corporate messaging with support for extreme edge cases within each issue, like police abolition or medical youth gender transition, hoping that Americans will do the same.

Embedded in that effort is the recognition that when it comes to the core issues at hand — support for the racial justice movement and LGBTQ rights — the ship has sailed leftward and has been doing so since the 1960s, if not before. If you’re a committed conservative activist, that’s a genuine cause for lamentation. If you’re an ambitious Republican like Ron DeSantis, it’s a potential opportunity to win the base’s fealty. In going on the offense against Disney, he and other Republicans like Georgia Rep. Marjorie Taylor Greene are betting they can do that without alienating the vast middle. But in their choice of target, and the hateful and off-putting character of their attack to all but the most extremely online conservative activists, they’ve unwittingly revealed just how little leverage they really wield when it comes to America’s cultural mainstream.