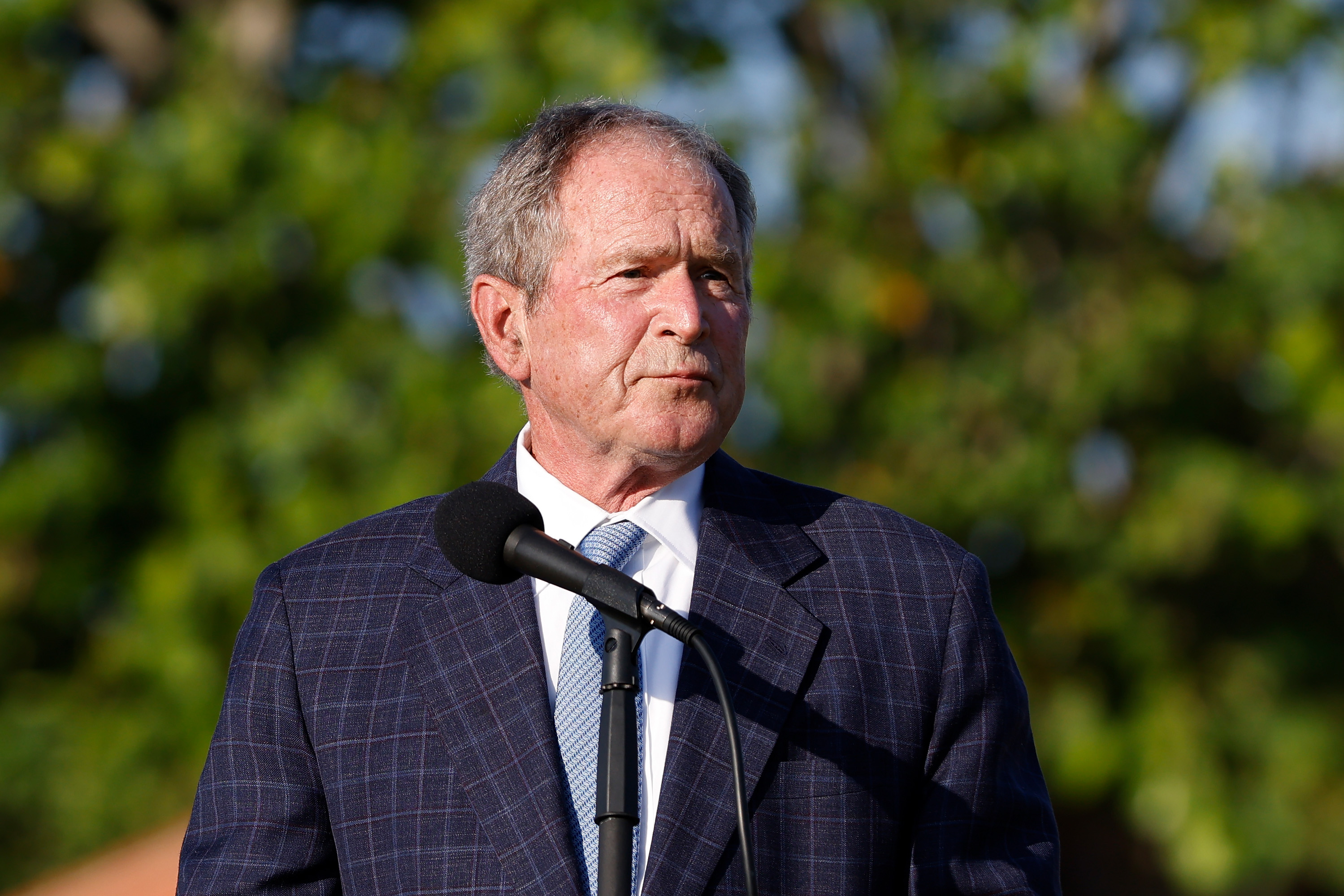 Former President George W. Bush will appear at a fundraiser for Georgia Gov. Brian Kemp in Texas this month, wading into one of the year’s highest profile primaries to help a Republican targeted for extinction by Donald Trump.

The fundraiser, at the home of real estate developer Harlan Crow, lists Bush as a “special guest,” according to a copy of the invitation obtained by POLITICO.

Bush’s intervention in the Georgia primary underscores longstanding tensions between Trump and the Bush family — and the traditionalist wing of the Republican Party that Bush represents. Bush last year appeared at a fundraiser for Rep. Liz Cheney (R-Wyo.), and he gave money to Cheney and Sen. Lisa Murkowski’s (R-Ala.) reelection campaigns, supporting two Republicans who backed impeaching Trump.

Like Cheney and Murkowski, Kemp has been savaged by Trump for his resistance to the former president’s effort to overturn the results of the 2020 election. Following Trump’s defeat in Georgia, Trump called Kemp a “RINO,” pledged to campaign against him, asserted he was “ashamed” he endorsed Kemp in 2018 and recruited former Sen. David Perdue to run against him this year.

But Kemp always appeared to have an upper hand in Georgia. Even last year, when Republican activists in the state booed Kemp at their state convention, they stopped short of censuring him. And Kemp has consistently been running ahead of Perdue in his campaign for reelection.

In an Atlanta Journal-Constitution poll last week, Kemp was leading Perdue 53 percent to 27 percent. An 11Alive/Survey USA poll put Kemp up by a similar margin — 56 percent to 31 percent. At that rate, Kemp may not only beat Perdue on May 24, but could surpass the 50 percent threshold required to avoid a runoff — a staggering rebuke of Trump’s influence on the party.

On Monday, Kemp’s campaign announced he had raised $2.7 million in the 26 days following the end of Georgia’s legislative session, during which Kemp was barred by state law from raising money. He has $10.7 million in cash on hand.

The fundraiser with Bush this month will put Kemp in front of an influential room of Texas donors just days before the Georgia primary on May 24. Hosts of the May 16 event include Crow; Jim Francis, a major Texas bundler; Republican strategist Karl Rove; and Ross Perot, Jr., son of the former presidential candidate.

Bush, while largely reluctant to criticize Trump directly, implicitly did so last year, when he lamented a modern-day GOP that he said had become “isolationist, protectionist, and to a certain extent, nativist.”

Trump has been less reserved, dating back almost a decade, to 2013, when he wrote of the Bush family that “we need another Bush in office about as much as we need Obama to have a 3rd term.” In the 2016 primaries, he walloped “low energy” Jeb Bush, the former Florida governor, and he called Jeb Bush’s son, George P. Bush, “the only Bush that likes me,” after he, the Texas land commissioner, split with much of his family to endorse Trump.

Even then, Trump endorsed the Texas attorney general, Ken Paxton, for reelection.

Numerous polls since the 2020 election have shown Republicans overwhelmingly believe Trump’s false claims that the 2020 election was rigged, and pro-Trump activists in Georgia have loudly joined Trump in their criticism of Kemp.

But Trump and Perdue may have overestimated the broader spill-over effect of Trump’s baseless claims on the midterm elections in one of the nation’s most significant swing states.

In the 11Alive/Survey USA poll, Perdue was leading Kemp by a wide margin among voters who said “election integrity” is their top issue. But that accounted for only 5 percent of voters. Far more Republicans, the poll found, are most concerned about the economy. And Trump’s support for Purdue has not had the effect that Purdue’s supporters once anticipated, as he continues to lag behind Kemp in public polling.