Judge threatens to stop Biden’s Title 42 plan, right as he rushes to defend it 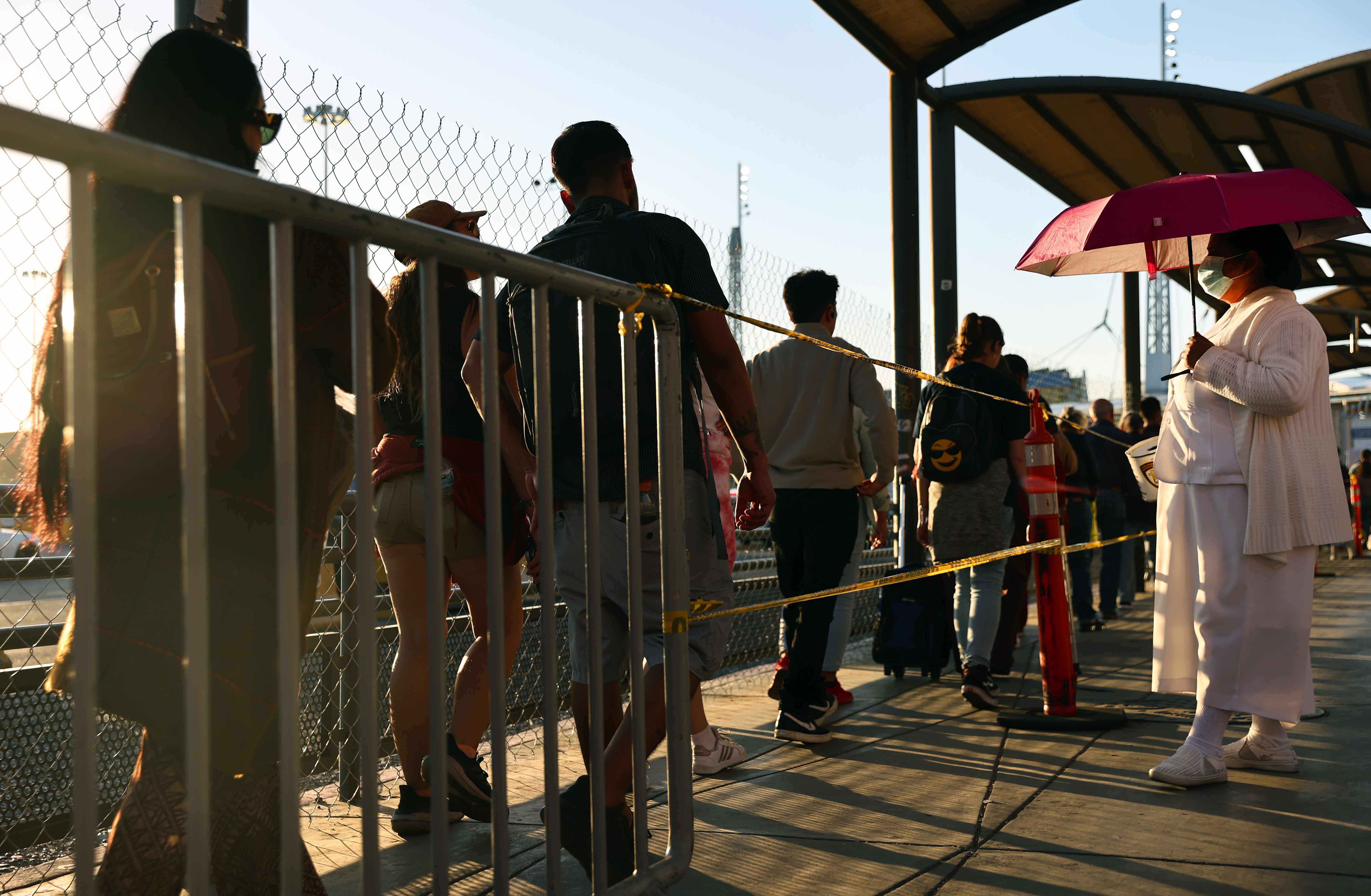 The White House had started preparing a more aggressive defense around its plan for lifting the Trump-era deportation policy known as Title 42, when a federal judge issued a Monday decision that likely changes the Biden administration’s plans for a full-court press.

Summerhays’ decision will likely change, what five people familiar with it described as, a full-court press set to come from the administration this week. It also alleviates some of the intense political pressure that the White House has been facing on the issue, at least for now. People familiar with the White House’s thinking said aides had been expected to give lawmakers more details and talking points about the administration’s strategy for handling a likely migrant surge at the border, possibly as early as Monday. White House Legislative Affairs officials invited Senate chiefs of staff and staff directors to a Title 42 briefing call on Tuesday and there are ongoing discussions with aides and lawmakers too.

Summerhays’ announcement could dramatically alter that push — scrambling the White House’s plans but also providing a measure of relief to anxious lawmakers. The battle over the border policy was threatening to consume Capitol Hill this week, where party leaders are eager to tackle policy aims such as Covid funding, but have run into Republicans objections over the immigration dispute. And many Democrats, particularly from swing seats, worried that the politics would only get worse for Biden and their party once the order was fully rolled back.

Despite promising during his campaign to revoke the policy, Biden has kept Title 42 in place since taking office. Declaring that the Covid pandemic no longer necessitated its implementation, the Centers for Disease Control announced earlier this month that it would stop the policy, which has been used to expel more than one million migrants encountered at the border since it was put in place in March of 2020.

Some in his party had already admonished Biden for not acting sooner, including members of the Congressional Hispanic Caucus, who raised the issue in a meeting with Biden on Monday afternoon.

But by the end of that multi-hour meeting, the fate of the policy had been thrown into legal limbo — rendering at least some of the lawmakers’ discussion with Biden a moot point.

Leaving a meeting with Biden, Rep. Nanette Barragán (D-Calif.) said they asked the president to “stick with the date that was announced of the removal of Title 42.” Barragán added that lawmakers told Biden to use the Congressional Hispanic Caucus as a partner “in the successful implementation of removing that public health authority.”

CNN first reported that the administration planned to release more details on its plan for lifting Title 42.

Since announcing their plans to end the order, vulnerable Senate and House Democrats have urged the Biden administration to delay its decision to end the policy on May 23.

But in an interview with POLITICO last week, a White House official defended the decision, saying it was a matter of public health, not politics, and that Title 42 “is not a policy to applaud or defend or anything.” A former Biden administration official and immigrant advocates also said the White House had long been working on a plan to better manage influxes of migrants and asylum seekers at the border. But they urged the White House to provide more transparency and better communicate with Democratic lawmakers.

Members of the Congressional Hispanic Caucus are expected to meet with Biden on Monday to discuss Title 42 and immigration. Separately on Monday, White House officials met with senior Democratic aides and gave no indication that a delay was imminent in a meeting, according to multiple people in the room.

In that meeting, White House legislative liaison Louisa Terrell said that congressional offices could expect much more clarity from the administration this week, including possible briefings with members themselves.

Terrell also told aides that lifting the Trump-era policy was the only way that the Biden administration could begin to address the nation’s broken immigration system — changes that she said Republicans were obstructing.

DHS did not immediately respond to a request for comment and the White House did not provide comment.