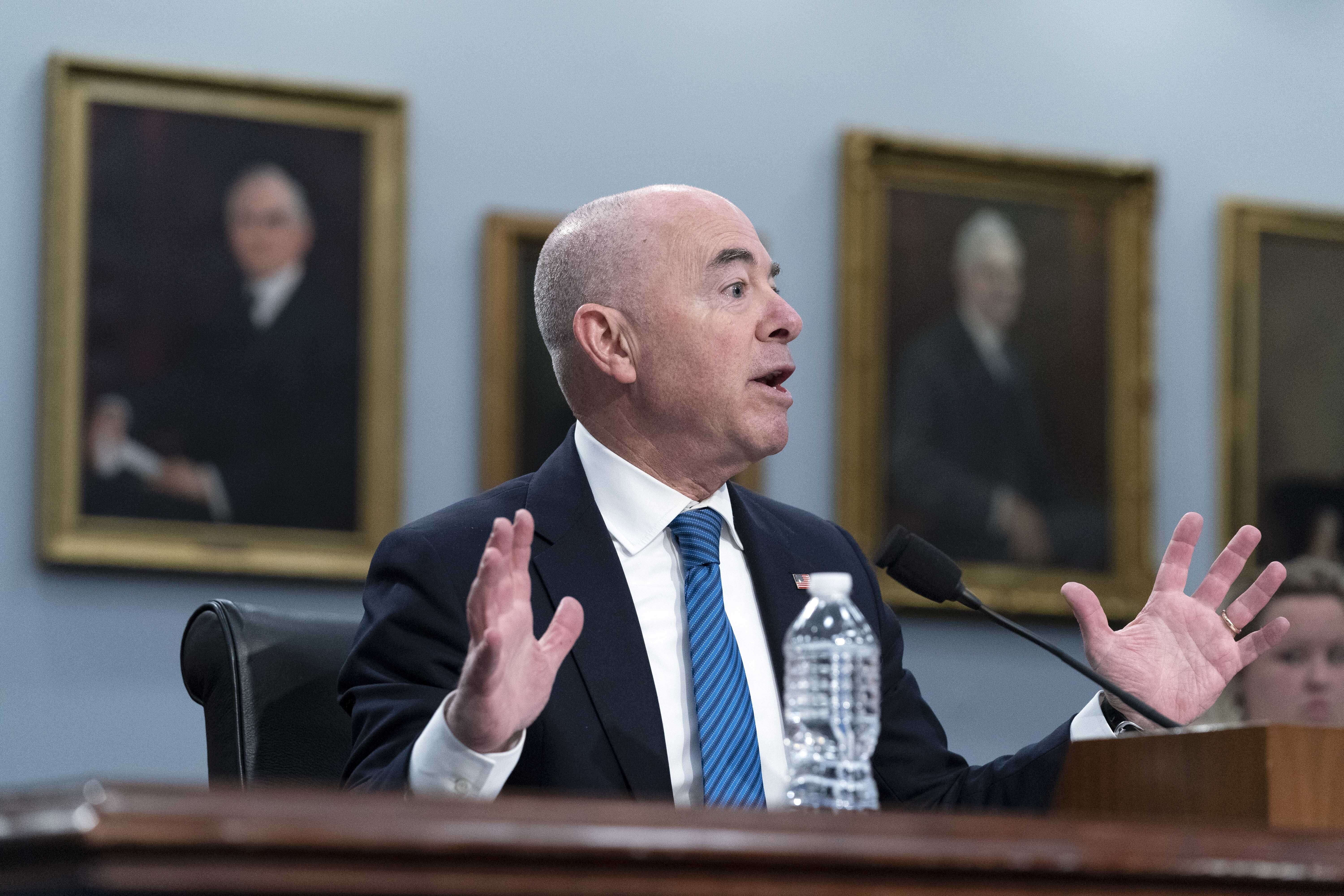 Here comes the Department of Homeland Security — that heavily funded guardian of our national borders, enforcer of the immigration laws, preventer of terrorism, protector of U.S. coastal waters, keeper of cybersecurity and coordinator of disaster preparedness — with yet another sweeping assignment. On Wednesday, DHS Secretary Alejandro Mayorkas announced at a House hearing the formation of a Disinformation Governance Board, which will carry the agency’s fight to a new front. The board will battle disinformation.

What will the board do? Where will the war be waged? Information on the Biden administration’s war on disinformation proved scarce. When the Associated Press asked DHS for an interview for details, the department stiffed them, according to the AP’s April 28 story. The next afternoon, a reporter asked White House press secretary Jen Psaki for more about the board at a presser, and she was pretty vacant, too. “I really haven’t dug into this exactly. I mean, we, of course, support this effort, but let me see if I can get more specifics.”

The press did pry out of DHS the board’s goal to contest disinformation crafted by Russia as well as the general disinformation (authors unstated) that had deceived immigrants from Haiti and other places that the U.S. southern border was open. Republicans like Sen. Josh Hawley of Missouri and conservative media like the Washington Times flipped out at the announcement, dusting off their Orwell and combing out their fright-wigs to warn of an impending DHS crackdown on not just free speech but free thinking. “This is dangerous and un-American,” Hawley said in a statement. “The board should be immediately dissolved.”

The idea that the Biden administration would pulp the First Amendment and institute an authoritarian regime through its agents at DHS is immediately dismissible if only because it is one of the most ineffectual departments in the president’s Cabinet. Had Biden given the task to Agriculture or Commerce or another department with a better GPA in governing, we should be afraid. But DHS couldn’t stamp out disinformation or erect an American Reich if we reallocated to it all of the arms we’re currently shipping to Ukraine. It’s peopled by a confederacy of dunces and botch-artists, incapable of carrying out its current mission. For instance, DHS shrugged off the Jan. 6 warning signs, according to a Government Accountability Office report. It failed to share intelligence about the wave of Haitian immigrants who breached the border in 2021. (Based on its track record, DHS’ content monitors will surely miss any treacherous disinformation the Russkies ship our way.) The department is so riddled with “copycat” programs that duplicate duties handled by other federal agencies, Dara Lind argued in Vox, that it should be abolished, a view held by many. In 2020, former Sen. Barbara Boxer (D-Calif.) wrote an op-ed regretting having midwifed it with her Senate vote.

This is the government that lied about winning the war in Vietnam, that said the Watergate affair was a “third-rate burglary,” that fought a secret war in Nicaragua, that lied about a clandestine love affair in the White House, that used faulty intelligence to force a war in the Middle East. Even President Barack Obama shortchanged the truth. Of 600 Obama statements PolitiFact checked during his administration, a quarter of them fell into the “red zone” of being false, mostly false, or “pants on fire” false. Not so long ago, 50 intelligence officials — each of them smarter and better informed than any DHS brainiac — assured the nation that the Hunter Biden laptop story bore “all the classic earmarks of a Russian information operation.” How did that work out? The idea that Covid could have come from a Chinese lab was similarly dismissed as disinformation; now it’s considered a legitimate possibility by the Biden administration. Meanwhile, we have documented proof from the Washington Post that even Joe Biden can’t handle simple truths! (We don’t need to reassess the Donald Trump presidency here, do we?)

Making the federal government the official custodian of truth would be like Brink’s giving a safe-cracker a job driving an armored car. On top of that, who is going to accept DHS’ determinations? Not reporters, who are accustomed to government lies. Not the man in the street. Certainly not the so-called low-information voters the government would like to diaper and stuff into an escape-proof playpen. By conjuring the Disinformation Governance Board into existence, the Biden administration will give itself a referee’s power to declare some things completely out of bounds. Without stepping out on the slippery slope, that would give Biden’s people the power to find some things dangerous or objectionable. After branding something disinformation, it’s only a short slide to suppressing the contested information or replacing it with what Kellyanne Conway fancifully called “alternative facts.”

If Russian disinformation is a problem, it has been so for almost a century. As Lawfare reported in 2017, the Russians started sending out fake defectors in the 1930s to spread disinformation in the West. After World War II, the Soviets shifted their focus to the United States. Two years after the surrender of Nazi Germany, Soviet leadership sought to influence public opinion by covertly funding newspapers and radio stations around the world and establishing fronts to nurture communism. It forged documents and attempted to plant them in credible publications. In one disinformation campaign, it promulgated the tall tale that AIDS was the product of an American biological weapons experimentation. And so on.

Somehow we survived the Soviet onslaught without a Disinformation Governance Board to guide us. Not every particle of disinformation can be blocked. Anybody who is good at inventing lies can produce disinformation faster than anybody can shoot disinformation down. (See this RAND report about the Russian “firehose“ of lies.) Instead of installing a Truth Politburo at DHS, the government should leave the job of policing disinformation to the competitive organs of the press, which compete “to obtain the earliest and most correct intelligence of the time, and instantly, by disclosing them to make them the common property of the nation,” as Times of London editor J. T. Delane put it in 1852.

If DHS so badly needs a paperwork project, it can address a problem closer to home: set up a bureau to study and eradicate U.S. government disinformation.

Thanks to Nick Gillespie for expanding my consciousness on this one. Earlier this week, David C. Lowery of Camper Van Beethoven and Cracker fame responded to the Disinformation Governance Board news by tweeting a poll: “Okay you’re a punk rocker in 1982 and the Department of Homeland Security under President Reagan sets up a Disinformation Governance Board to combat disinformation. You’re reaction: That’s punk rock; That’s not punk rock.” Send government disinformation to Shafer.Politico@gmail.com. You can’t subscribe to my email alerts because the list is full. My Twitter feed liked Cracker more than CVB. My RSS feed believes nothing.