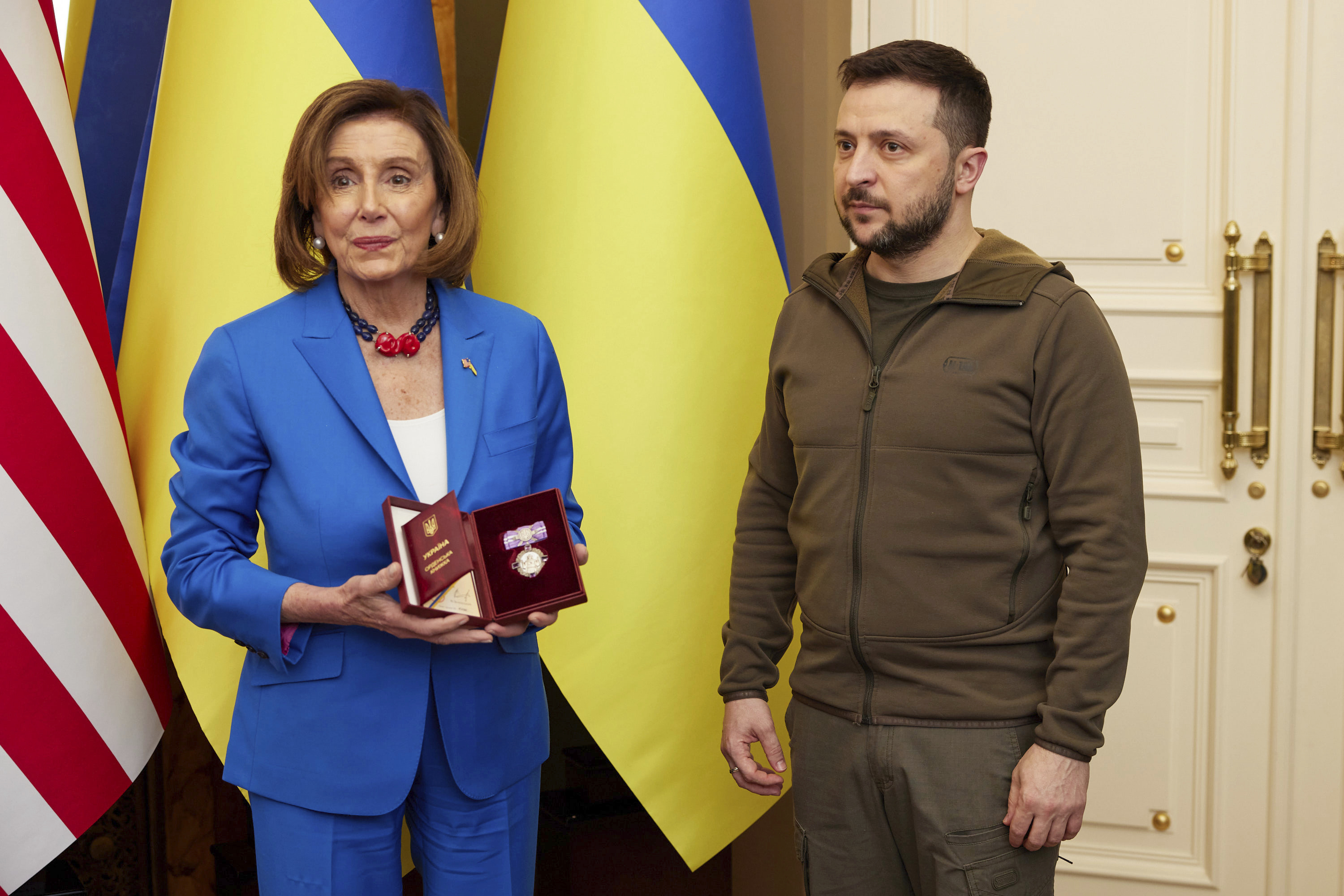 Speaker Nancy Pelosi has concluded a secret visit to Ukraine this weekend, becoming the highest-ranking U.S. official to visit the war-ravaged country since Russia’s brutal invasion began in February.

The group met with Ukrainian President Volodymyr Zelenskyy and other top officials in Kyiv, the country’s capital. A video posted on Zelenskyy’s Twitter account showed the lawmakers walking the streets of Kyiv before being greeted by the Ukrainian leader outside the presidential palace.

“Our delegation traveled to Kyiv to send an unmistakable and resounding message to the entire world: America stands firmly with Ukraine,” the group said in a statement. “When we return to the United States, we will do so further informed, deeply inspired and ready to do what is needed to help the Ukrainian people as they defend democracy for their nation and for the world.”

The short trip carried immense security risks as Russian forces continue to attack civilian areas across Ukraine. Pelosi, who is second in line to the presidency, is now the highest-ranking U.S. official to visit the battered nation.

“Our commitment is to be there for you until the fight is done,” Pelosi told Zelenskyy during their meeting.

Her travel follows a visit by Secretary of State Antony Blinken and Defense Secretary Lloyd Austin, who entered the country via train and met with Zelenskyy in a windowless underground bunker in Kyiv on April 24.

The Pelosi-led trip marked the first official congressional delegation to Ukraine since the invasion began. While other groups of lawmakers plan to travel to nations bordering the conflict like Poland during the upcoming House recess, none planned to travel directly into the active war zone.

President Joe Biden and Vice President Kamala Harris have not yet traveled to Ukraine, though some other Western heads of state and government, including U.K. Prime Minister Boris Johnson, have made the journey. 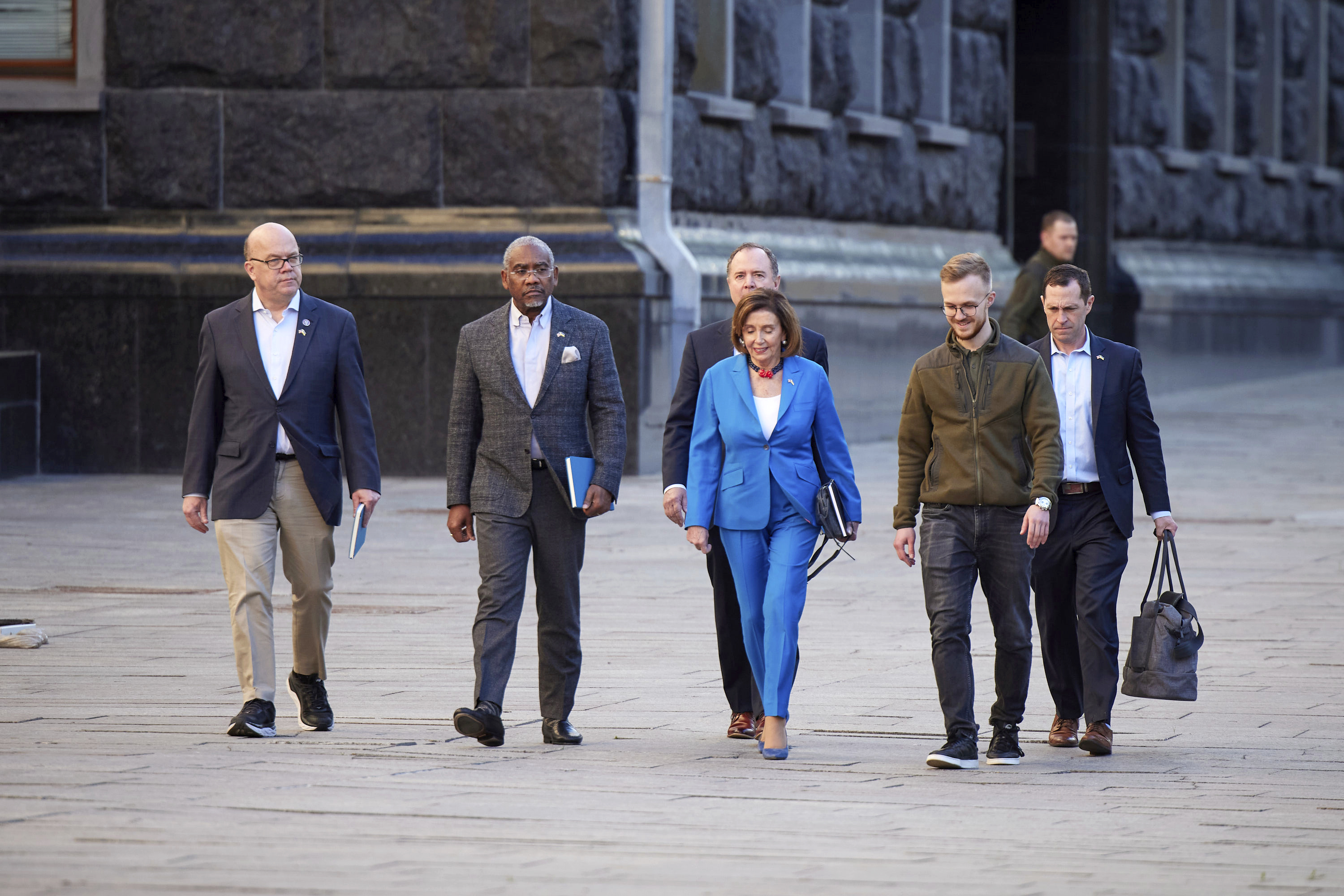 Other U.S. lawmakers have made unofficial visits, however. Two Republicans, Sen. Steve Daines of Montana and Ukraine-born Rep. Victoria Spartz of Indiana, visited cities in the outskirts of Kyiv that are now sites of war crimes investigations.

Pelosi’s visit comes just days after Biden asked Congress to approve an additional $33 billion in emergency funding for Ukraine, including $20 billion for military aid — a massive assistance package and one that underscores the long-term nature of the U.S. commitment. Congressional leaders have vowed to act on the request quickly, but the exact legislative path remains unclear.

“This is historic,” Pelosi said of the proposed aid package at a press conference Friday. “We hope to as soon as possible pass that legislation.”