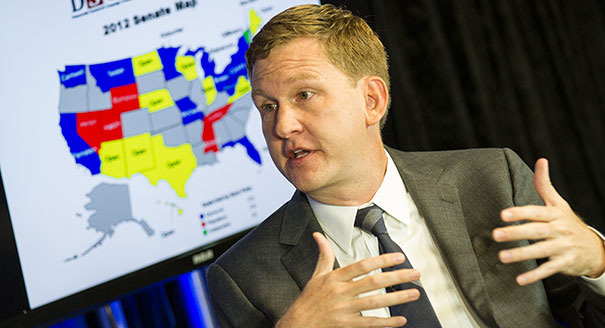 Priorities USA, a leading Democratic outside group, raised $14.6 million during the first quarter of 2022, nearly triple during the same period four years ago.

The haul — details of which were first shared with POLITICO — includes fundraising for three groups in the Priorities USA network: a super PAC, a 501(c)(3) nonprofit group and a 501(c)(4) nonprofit group. The news of the cash influx comes not long after the group announced plans to drop $30 million on digital ad campaigns in battleground states as the midterms approach.

Democrats are facing an uphill battle defending both the House and Senate majorities in the midterms. Republican wins in 2021 elections foreshadowed a tough battle ahead for President Joe Biden’s party.

Priorities USA was founded to support President Barack Obama’s 2012 bid for reelection and played a major role backing Hillary Clinton in 2016 and Biden in 2020. During the first quarter in 2018, it raised $4.7 million.

“For over a year, Priorities has been talking to voters online about what they care about and providing reliable information about how Democrats are strengthening their communities and providing a sharp contrast with right-wing Republicans,” said Priorities USA Chair Guy Cecil in a statement. “Priorities will continue to engage with voters on digital platforms to ensure that every American knows who is fighting for them.”