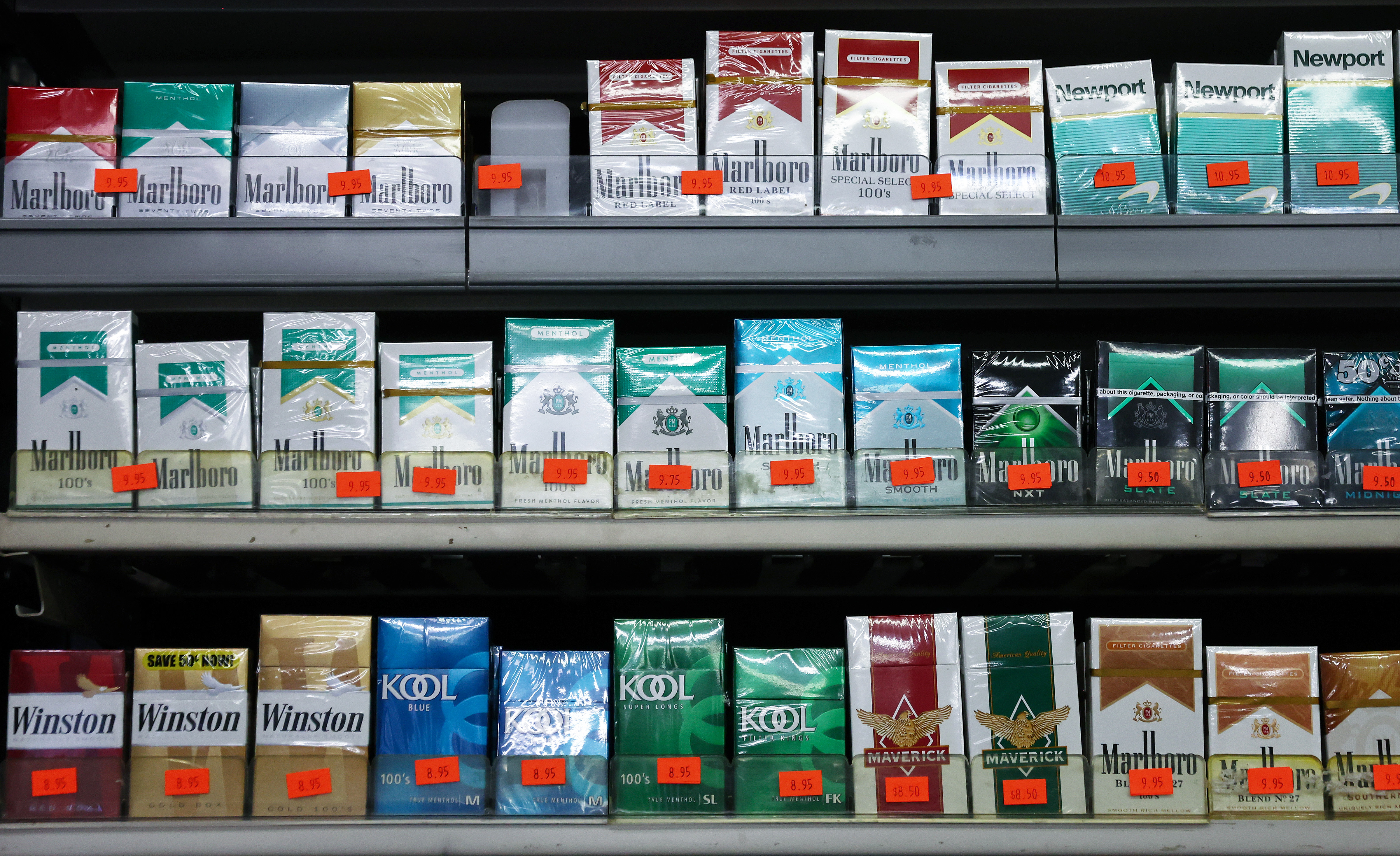 Concerns about over-policing threaten to stall a ban on menthol cigarettes and undermine a major tobacco regulation a decade in the making.

On Thursday, the Food and Drug Administration released two proposed rules that would prohibit the sale of flavored cigars and menthol cigarettes, which make up roughly a third of all cigarette sales, and are predominantly used by Black smokers.

While the FDA insists that this rule would save thousands of lives and curb rates of chronic disease, it has divided public figures in the Black community — some of whom are pressuring Congress to intervene and stop the regulation from taking effect.

The Rev. Al Sharpton, civil rights attorney Ben Crump and relatives of George Floyd, a Black man killed by a white police officer in Minneapolis in 2020, have argued that the rules, should they take effect, would give law enforcement another reason to target Black people — potentially endangering Black lives.

“What we said is, ‘Y’all have got to consider unintended consequences.’ Imagine some cop pulling a kid over saying, ‘Where did you buy or get that Kool cigarette?’” Sharpton told POLITICO Thursday after the FDA announcement. “People are not going to stop smoking Newports and Kools because of a rule. They’re going to go and get them from people that go to the street in the black market. Then what happens? That’s all I’m asking.”

Members of the Congressional Black Caucus are divided but an aide to the group said that the push from civil rights leaders over recent weeks has “caused members to give greater thought to what could be potential unintended consequences.”

“The proposed ban could also have serious economic and criminal justice implications for communities across the nation,” Rep. Donald McEachin (D-Va.), said in a statement. It will “disproportionately impact African Americans and lower-income communities while tobacco products commonly used by predominantly white or more affluent populations goes unchecked.” McEachin has voted against legislation that would have banned menthol cigarettes.

But the CBC has long been split on the sale of menthol cigarettes, and many members were quick to praise the Biden administration’s efforts.

“I’ve seen in my own family and through my own life experience the consequences of the tobacco industry specifically targeting the Black community in America,” Rep. Lisa Blunt Rochester (D-Del.) said in a statement. “It’s time for these highly addictive menthol cigarettes to be banned.”

The FDA intends to host listening sessions in June to discuss many of these concerns.

Menthol cigarettes, characterized by a minty flavor that conceals the harsh taste of tobacco and allows for deeper inhalation, made up more than a third of all cigarette sales in 2018, according to the Centers for Disease Control and Prevention. More than eight out of 10 Black smokers use menthol cigarettes, in part because of targeted advertisements and promotions from tobacco companies.

As a result, these individuals incur more of the health consequences from smoking than other races and ethnicities. A 2021 study found that although Black Americans make up 12 percent of the population, they incurred 41 percent of all deaths and 50 percent of the years of life lost due to menthol cigarettes between 1980 and 2018.

In a statement, the president of the NAACP, Derrick Johnson, lauded the administration for the proposed rules. “The effects of menthol have been devastating and fatal for far too many Black people,” it read. “Big Tobacco specifically targets our communities, and we are fed up.”

But the concerns over chronic disease do not, for many, displace the more immediate fear of a potential law enforcement crackdown that could lead to arrest, jail or violence.

“FDA has very publicly stated that they don’t have any intent to criminalize people who are simply possessing menthol products, but they don’t understand the link between enforcement on the ground and law enforcement interventions,” said Diane Goldstein, the chair of the board of the Law Enforcement Action Partnership, a nonprofit group focused on criminal justice and drug policy reforms. LEAP has received funding from R.J. Reynolds, a company that produces Newport menthol cigarettes, but says it does because it is a nonprofit group and that the donations do not affect policy positions.

Public health experts fear that if the ban were delayed, the real beneficiaries would be tobacco companies.

“Conflating police violence with public health measures, like getting rid of menthol, kind of muddies the whole water” said Phillip Gardiner, the co-chair of the African American Tobacco Control Leadership Council. “The thing that would be most impactful on Black lives and saving Black lives would be getting menthol cigarettes and flavored cigars straight out of the Black community.”

His group is one of more than a dozen that asked the FDA to ban menthol cigarettes in 2013 to protect Black lives. The group filed a lawsuit against the FDA in 2020 claiming it failed to take meaningful action on menthol. Last November, a judge decided to hold off on ruling on the case until June on the grounds that the FDA would issue these rules before then.

Gardiner has argued the FDA’s actions need to be backed by additional tools to help Black smokers quit.

Still, many fear that proponents of this ban are giving too much weight to one kind of danger and not enough to another.

“I’ve been a civil rights lawyer for over 25 years, but I’ve been Black all my life,” said Crump, the civil rights attorney. “There’s a difference between theory and reality. The reality is, we know once you make laws and such then you have local and state actors who use those as weapons to marginalize Black people.”