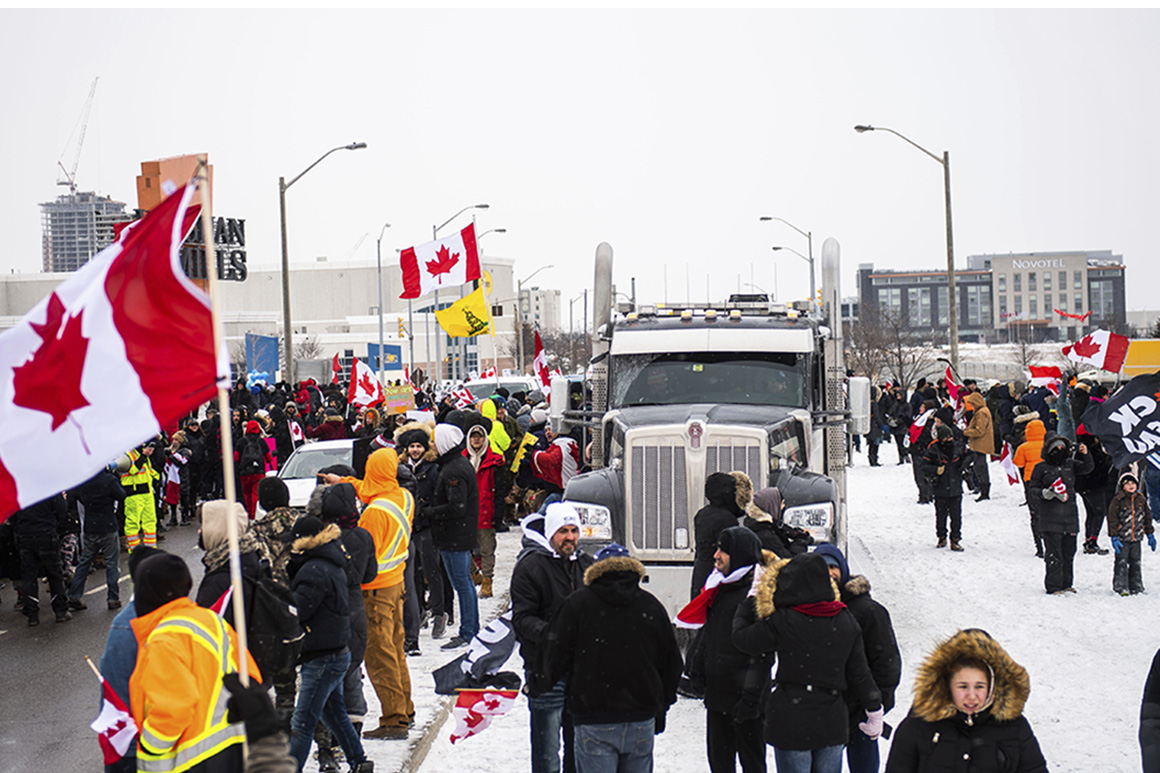 OTTAWA, Ont. — As hundreds of motorcyclists trickle into town for noisy, freedom-loving rallies, the people who lived through a debilitating three-week occupation of several blocks near Parliament Hill are bracing for the worst.

Even if this weekend’s “Rolling Thunder” protest comes and goes with few complaints, Ottawans know there will be others.

And every time a new Facebook group threatens to clog the streets with protests against vaccine mandates or carbon taxes, residents who live and work near Parliament Hill will be on guard.

“Those truckers back a couple of months ago really ruined it for everyone else,” Mayor Jim Watson told a talk-radio show last week.

As a parliamentary committee probed the federal response to the wintertime trucker convoy this week, Public Safety Minister Marco Mendicino said local residents can’t be blamed for getting their backs up about “Rolling Thunder.”

“Folks who live here in Ottawa have it still very fresh in their mind what they went through at the end of January and February, where people’s lives were completely upended,” he said. “I would say there is still exceptional sensitivity to the fact that, you know, they couldn’t get to work.”

“Rolling Thunder,” an unaffiliated offshoot of an American movement of the same name that advocates for American prisoners of war, insists it comes in peace — and won’t stay long.

“We do not support blockades, obstruction of police performing their duties, damage to property, or hate and vitriol directed to the residents of Ottawa,” organizer Neil Sheard wrote in a statement posted to the official website.

But this weekend’s rally is sympathetic to the trucker convoy that brought downtown Ottawa to a standstill, inspired a multimillion-dollar class action suit, and only ended after a final standoff involving hundreds of police officers from across Canada. And Sheard is skeptical of police behavior at the time, claiming protesters witnessed “clear attempts by provocateurs, saboteurs and embellishers to tarnish the peaceful and loving movement.”

The City of Ottawa is determined history will not be repeated.

Traffic has not been allowed back on much of Wellington Street — the artery that runs in front of the Bank of Canada, Supreme Court, Parliament Hill and the Prime Minister’s Office. Some say it may never be again. Ahead of this weekend, officials have preemptively prohibited vehicles from most of the downtown core.

Wherever the bikers end up parking, they’re likely to make their way to the Hill. Members of a group called Freedom Fighters Canada — FFC — have plans to rally there Friday evening.

On Saturday morning, the plan is to “muster” in the city’s east end before a ceremony at the National War Memorial led by another group called Veterans for Freedom.

Saturday’s schedule also calls for the bikers to leave town, though FFC is planning a return to the Hill in the afternoon. Chris Sky, a prominent anti-mask and anti-lockdown activist, will be a featured guest at that event. (Sheard has attempted to distance himself from Sky, whose real name is Christopher Saccoccia. But he remains on the agenda.)

The final event on the official schedule is a Sunday church service in the Vanier neighborhood about a 10-minute drive from the Hill.

It all sounds like a run-of-the-mill demonstration, but residents are on edge. Mark Holland, the Government House Leader, channeled those nerves when asked about the incoming bikers.

“The city was terrorized — and it was not a circumstance where I think legitimate democratic points were being made anymore,” he said of the winter convoy. “It turned into something much more sinister.”

Two government sources, both of whom spoke on condition of anonymity because they weren’t authorized to speak publicly, said the feds are “monitoring” events. But they emphasized that local law enforcement are responsible for keeping the peace — a point of jurisdiction made often during the convoy occupation.

One of the sources insists the government is at work on other priorities, like the war in Ukraine, and Prime Minister Justin Trudeau’s Friday announcement on domestic vaccine manufacturing.

The prospect of another confrontation between disgruntled protesters and a local police force that mostly failed to deal with the wintertime occupation — dozens of trucks remained mostly unmoved for weeks — is a timely backdrop to a fiercely partisan debate about how the federal government dealt with the trucker convoy.

On Feb. 14, the feds invoked the Emergencies Act, arguing that law enforcement agencies needed new tools to clear what was declared an illegal protest. The 33-year-old law had never been used before.

One of the most controversial mechanisms allowed the RCMP to temporarily freeze hundreds of bank accounts belonging to Canadians who donated to the protest. Conservatives call it massive government overreach.

The Emergencies Act itself requires a parliamentary committee to investigate the government’s decision to use it. On top of that, the government must call a public inquiry to do the same. As of this week, both are in motion.

On Tuesday, Conservatives on a joint committee made up of senators and MPs pressed Mendicino and Justice Minister David Lametti to release all documents related to the government’s decision making.

Justice Paul S. Rouleau will lead the public inquiry. Conservatives argue that the government didn’t need the act to clear the streets. They’re now complaining that the scope of Rouleau’s investigation doesn’t include why the government invoked the law.

The act says any inquiry must investigate “the circumstances that led to the declaration being issued and the measures taken for dealing with the emergency.” Mendocino insists Rouleau will have access to classified documents.

The courts are a third front in the burbling fight over protest management.

The Federal Court is considering a legal challenge of the invocation by four groups, including the Canadian Civil Liberties Association. The feds have shielded Cabinet documents from that forum, which the Tories have argued is proof the government has something to hide.

All three fronts will operate on different timelines. The committee will continue to call witnesses, though it currently has no future meetings on the calendar. The Globe and Mail reports that the legal challenge will likely be heard this summer. Rouleau’s final report is due in February.