The Biden boom turns into a GDP bust

The contraction of the U.S. economy in the first quarter may be more of a political than an economic problem for the White House: The negative news disrupts the administration’s narrative that growth is healthy despite decades-high inflation.

Gross domestic product shrank at a 1.4 percent annual rate as strong demand drew a flood of imports, the Commerce Department said Thursday, well below the 1 percent growth that economists had expected. It marked the first quarterly decline in activity since the spring of 2020, when pandemic-related shutdowns triggered mass layoffs that plunged the economy into a brief but deep recession.

The surprise presents a major messaging challenge for a White House that is grappling with waning consumer confidence, despite months of strong job gains, rapid wage increases and declining layoffs. It comes after GDP grew at a blistering 6.9 percent pace in the last three months of 2021 — and less than a week before the Federal Reserve is expected to accelerate its efforts to raise interest rates to curb inflation, which may further slow growth.

In the latest Gallup poll released Wednesday, 4 in 5 adults rated current economic conditions as only fair or poor, and more than three-quarters of Americans say the economy is getting worse. The resulting Economic Confidence Index has fallen since last July and is now worse than it was in April 2020, at the start of the pandemic.

Voters from both parties will hold President Joe Biden and the Democrats accountable for whether things feel on the right or wrong track, said Sarah Binder, a political science professor at George Washington University.

“Slow growth — potentially still coupled with high inflation — inevitably makes it harder for the president’s party to win elections,” Binder said Wednesday, before the latest numbers were released. “With slim majorities and Biden’s popularity sagging, there’s a strong risk that Democrats could lose control of both chambers.”

The White House was girding itself for criticism.

A senior administration official, in an interview Wednesday, said the quarterly slump would largely be due to two technical factors — a large increase in the trade deficit as imports surged, and a significant slowdown in inventory building — and doesn’t signal that the economy is weakening.

Thursday’s report showed the trade deficit dragged down growth by 3.2 percent in the first quarter, while the decline in inventory investment shaved off 0.84 percent. 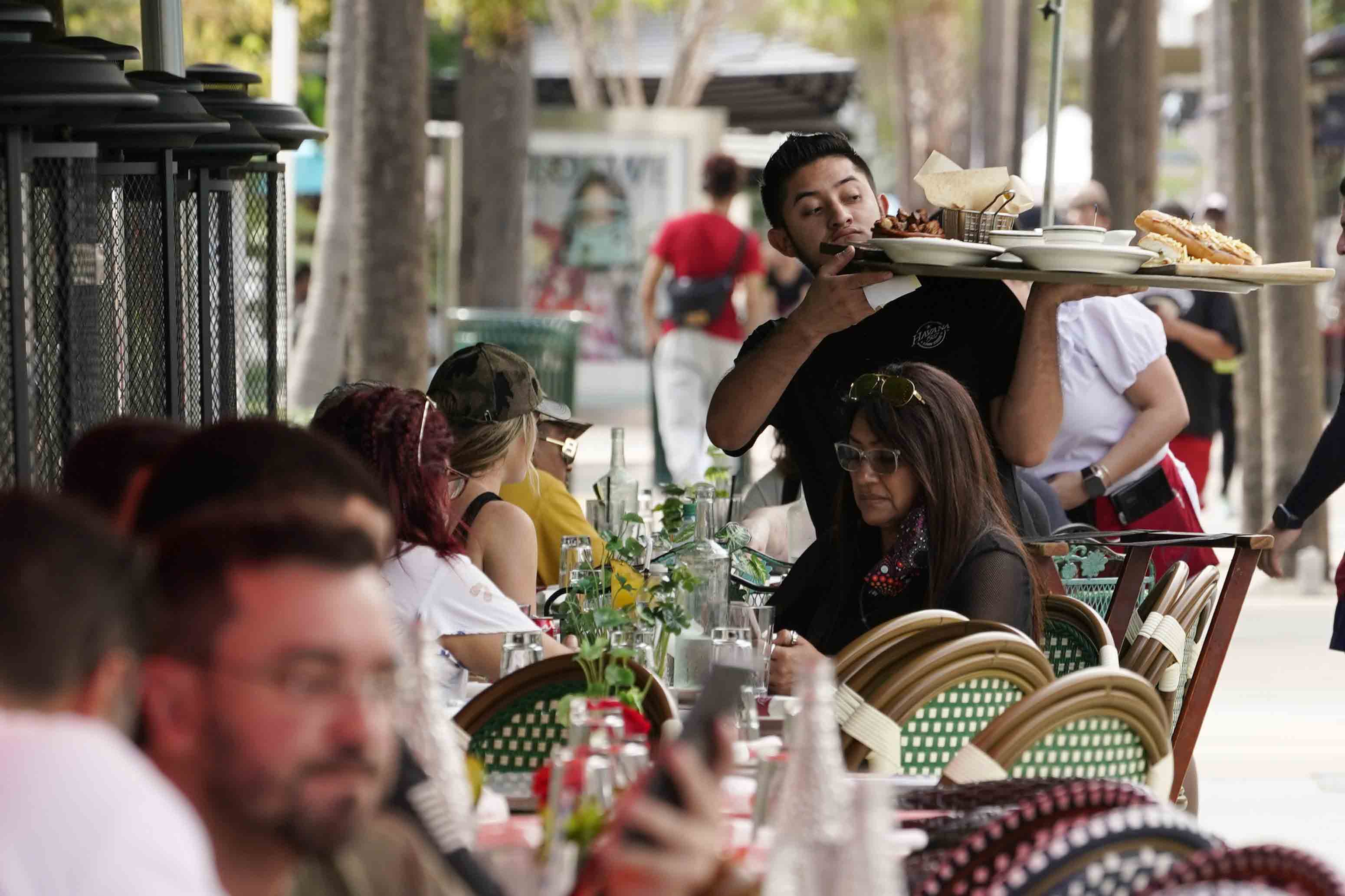 Final sales to domestic private purchasers — a metric that economists often point to as a true reflection of the underlying health of the economy — rose 3.7 percent, according to the latest report. Consumer spending rose 2.7 percent, gross private investment expanded at a 2.3 percent pace and residential investment rose 2.1 percent.

“This is what an overheating economy looks like,” said Joe Brusuelas, chief economist for RSM US LLP, after the GDP data was released.

A single quarter of negative growth does not mean the U.S. economy is in recession — that determination is made by a panel of experts at the National Bureau of Economic Research and factors in data over many months. Still, Wells Fargo economists Jay Bryson and Shannon Seery said in a note to clients Wednesday, “the probability of a recession next year is not insignificant.”

Broadly speaking, this is what one might expect or even hope to see when policymakers are trying to cool an overheating economy, said Tony Fratto, a former White House spokesperson for President George W. Bush and now a partner at Hamilton Place Strategies.

“The prescription when you have full employment and inflation is to take the froth out of the economy for a little bit,” Fratto said Wednesday. “But the politics of negative growth, even for a quarter — at this time, in a midterm election year — are really, really risky for the White House.”

Democrats need to be ready to contend with Republicans ready to hammer them over the growth slowdown, which, coupled with high inflation and rising interest rates, may start to feel more like malaise, he added.

Republicans jumped on the news.

“Accelerating inflation, a worker crisis, and the growing risk of a significant recession are the signature economic failures of the Biden Administration – and will likely get worse,” said Rep. Kevin Brady of Texas, the top Republican on the House Ways and Means Committee.

But one analyst said that kind of messaging from the White House wouldn’t work.

“Any time you’re relying on a 12-tweet thread from Jason Furman to explain why actually the economy is better than it looks — particularly when GDP is already an abstract thing that people are not necessarily intuitively feeling, unlike inflation — I think it makes the story they’re trying to tell now even tougher,” said Liam Donovan, a principal at Bracewell LLP and a former GOP operative. “There’s only so many indicators left that can provide good news. The last thing they need is further bad news.”