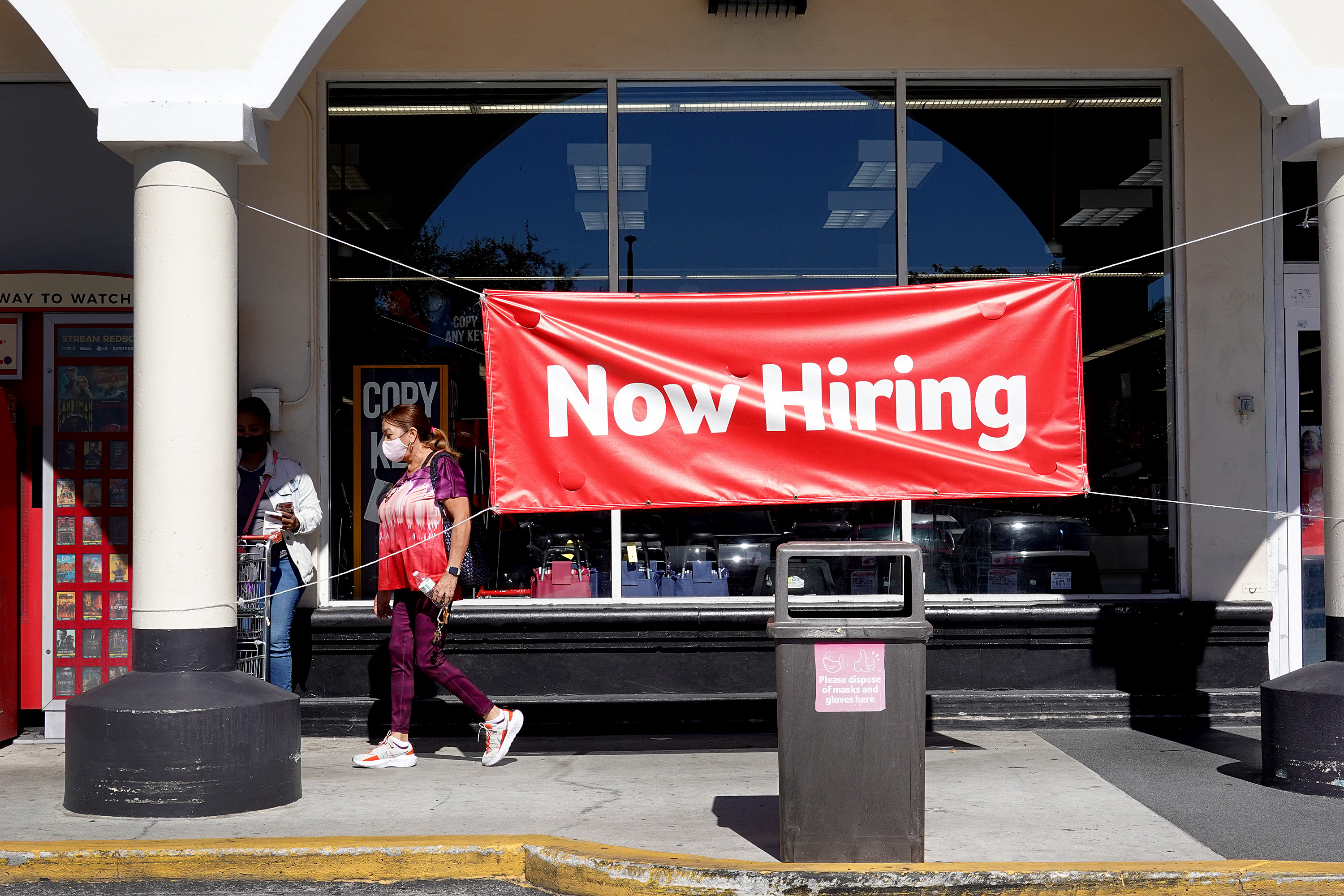 The U.S. labor market has been hot, with rising wages, low unemployment and a record number of job openings. There are almost two jobs available for everyone seeking work, and the average monthly gains of more than 400,000 during the last year exceed anything seen since 1939.

On Friday, we got a glimpse at whether that extraordinary run is holding up even as clouds loom over other parts of the economy and the Federal Reserve is planning aggressive interest rate hikes to curb inflation. The answer is yes.

The Labor Department’s employment report for April showed a gain of 428,000 jobs and unemployment remaining at a low 3.6 percent, demonstrating that the market remains remarkably strong and tilted toward job seekers. The jobless rate is close to where it was before the pandemic.

Still, the workforce remains smaller than before the pandemic ravaged the economy, shrinking again in April with 363,000 people leaving the market. And job growth numbers for February and March were revised down by a combined 39,000.

The stubbornly low percentage of Americans participating in the workforce — that figure is now 62.2 percent — highlights just how narrow the window is for the Fed, which has raised rates twice since March and will continue to do so for months with inflation at a four-decade high. The central bank has to tamp down inflation without crashing the U.S. into recession and ending the jobs boom, a danger that would take away a crucial economic talking point for President Joe Biden and Democrats in the 2022 midterms and beyond.

“Ordinarily, we’d see these kinds of job gains and see an unemployment rate where it is and we’d say, ‘Yay! Normal days are here again!’” said Beth Ann Bovino, chief U.S. economist at Standard & Poor’s. “But these aren’t normal times and the Fed clearly has to play catch-up, and that could be at the expense of the economy. The impact won’t necessarily topple the apple cart in 2022, but my worry is for 2023 once these hikes really start to add up.”

Austan Goolsbee, a professor at the University of Chicago and former top economic adviser to President Barack Obama, told CNBC on Friday that the jobs report is strong. But the backdrop of rising inflation, no more fiscal stimulus from Congress and uncertainty around the world make things darker.

“It’s the Goldilocks report, but it’s Goldilocks in an awful situation,” Goolsbee said.

Biden embraced the fresh numbers as a welcome reprieve from the drumbeat of negative talk about inflation and the economy.

“Today, we learned that the economy created 428,000 jobs in April – bringing the total number of jobs created since I took office to 8.3 million: record-setting job creation in my first 15 months in office,” the president said in a statement before a manufacturing event in Ohio. “Our plans and policies have produced the strongest job creation economy in modern times.”

Morgan Stanley said in a report that job increases are on their strongest run since 1939, when Franklin D. Roosevelt was president and fighting back from the Great Depression. Friday marked the 12th straight month of gains over 400,000.

Nonetheless, the specter of inflation, and potential turbulence in the global economy, have rocked Wall Street — which doesn’t provide great optics for an administration trying to promote the economy’s strength.

Markets surged on Wednesday after Fed Chair Jerome Powell announced a half-point increase in the central bank’s key target rate but said the central bank was not considering bigger hikes at meetings in June and July. But investors thought twice on Thursday as soft earnings — especially at technology companies — and fears over Fed policy wiped out all the gains from the day before.

Rate hikes, the war in Ukraine and businesses’ struggles with supply chains and labor shortages have left Wall Street subject to increasingly wild swings and sparked doubts about the prospect of a “soft landing,” where the Fed reins in inflation without triggering a recession. The central bank itself has come under fire from critics who say it waited too long to tackle inflation.

“Markets are starting to realize that the Fed is so far behind that there may be no ‘landing’ at all,” said Richard Bernstein, CEO of Richard Bernstein Advisors and former chief investment strategist at Merrill Lynch. “It’s either going to be a hard landing because inflation is so persistent that they have to crush the economy to beat it. Or they can’t land it,” and inflation spins out of control.

Treasurys are suffering, too, with the yield on the benchmark 10-year bond rising above 3 percent this week for the first time since 2018, driving mortgage rates to their highest point since the period more than a decade ago after the housing market meltdown.

There’s also a lot of gloom among Americans. A CNN poll out this week showed the lowest level of confidence in the economy in a decade. The poll showed a majority of Americans believe that Biden’s policies have harmed the economy. And 8 in 10 said the government isn’t doing enough about inflation.

Yet Friday’s employment report — coupled with another Labor Department survey earlier this week showing record job openings of 11.55 million — suggests that there’s still some good news in the economy. The Job Openings and Labor Turnover Survey, or JOLTS, reported a record 4.54 million people quit their jobs in March. A high quits rate usually means workers feel confident they can land another higher-paying position with little trouble.

And hourly wages have been gaining. They rose 0.3 percent in April, an annual rate of 5.5 percent, just below the 5.6 percent pace in March. The problem is inflation rose about 8 percent over the same period, slicing away consumer buying power. The tight labor market also complicates the Fed’s position as supply is not keeping up with demand, opening the potential for a wage-price spiral that the central bank would desperately like to avoid.

Job increases have slowed from the blistering, 500,000-plus pace in the initial months after the easing of Covid-19 lockdowns, and the labor force remains more than 4 million short of where it would be without the virus impact, according to a Moody’s analysis.

“[T]he downward revisions to the previous data are disappointing, given the recent tendency for upward revisions, and payroll growth clearly has stepped down in recent months,” Ian Shepherdson, chief economist at Pantheon Macroeconomics, said in a client note.

As Powell said Wednesday, the Fed’s power is on the demand side of the economy. It hikes rates to reduce economic activity and relieve upward pressure on prices. But it has no real tools to help with persistent supply chain disruptions or deeper structural issues keeping people away from joining the supply of available labor.

But not everyone is giving up hope that the Fed can tap the brakes with enough dexterity to bring down prices but not derail the economy.

“Markets liked Powell saying that financial stability was important and that they are not going to derail things with extreme moves,” said David Kotok, chief investment officer and co-founder at Cumberland Advisors. “What markets don’t like is the current world situation, which is pretty ugly with uncertainty over the virus in China, a shooting war in Europe, both a supply and demand crush in the U.S., and the impossibility of having any confidence in earnings numbers for the next year or more.”