Trump lays down marker for Vance in Ohio rally: ‘This man is going to win’ 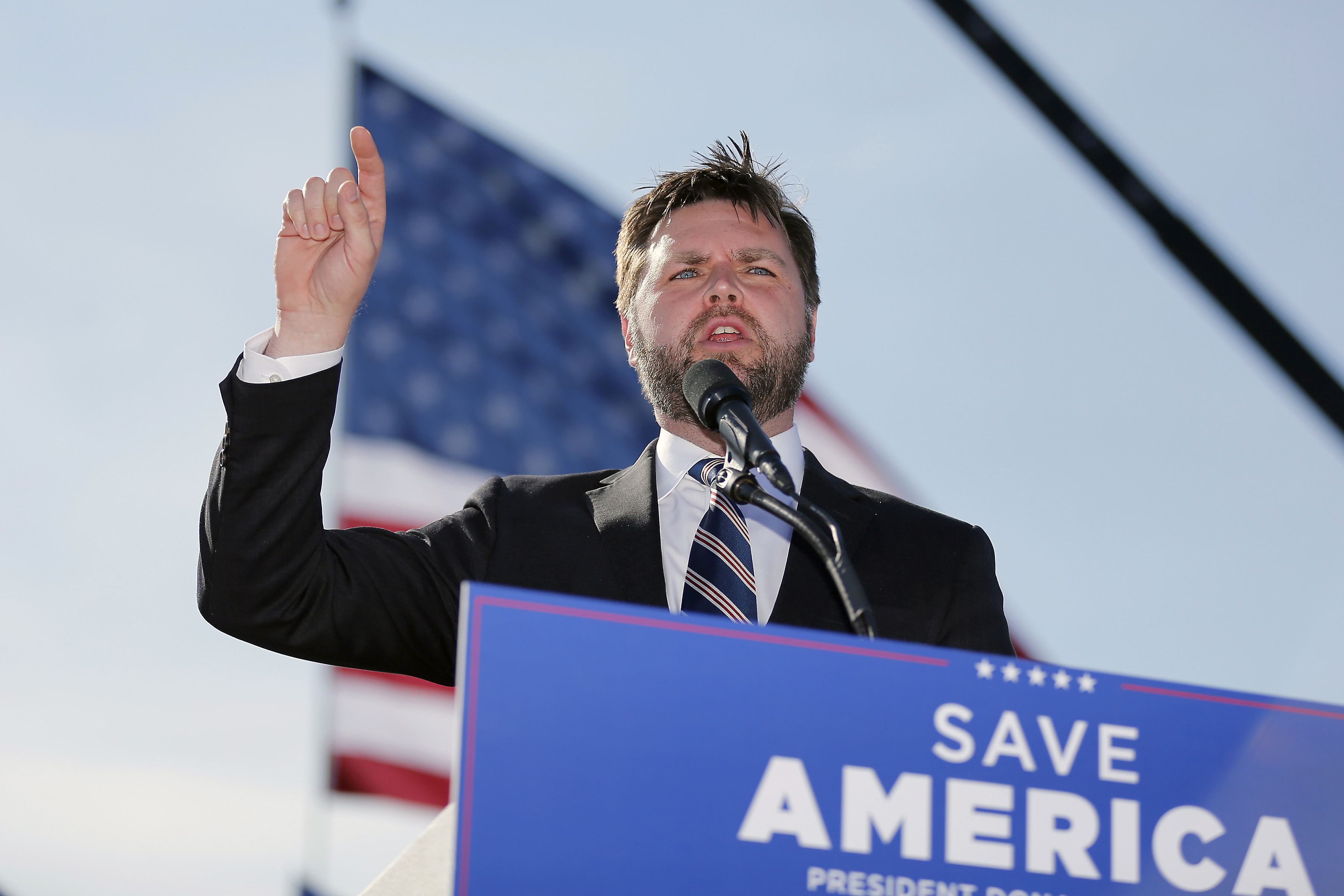 “I want to pick somebody who’s going to win. And this man is going to win,” Trump said as he introduced Vance to the stage at the Delaware County Fairgrounds, just 10 days before the May 3 election.

“Ohio, do we love this guy?” Vance responded with an exuberant whoop, before repeatedly calling Trump “the best president of my lifetime.”

“He’s a guy who said some bad shit about me,” Trump said to laughs from the crowd. “He did, but you know what? Every one of the others did also. … But they all came back. Ultimately I put that aside. … He’s tough. He’s smart. He really is an American First warrior.”

It was the latest kinetic moment in the contentious race to replace retiring GOP Sen. Rob Portman, with the future of the Senate potentially hanging in the balance in November. It also represented a significant risk to the former president’s position as a Republican Party kingmaker ahead of his own potential White House run in 2024. Trump’s endorsement of Vance sparked controversy within his movement, with some followers unhappy with the choice.

In his own address ahead of Trump’s speech, Vance referred to Trump as “the big man,” adding that the former president embraced “all the policies we loved” including on China, big-tech regulation and the building of the southern border wall.

“The thing that Trump revealed, more than any policy achievement, is that we are living in an incredibly corrupt country,” Vance added, before stating falsely that the 2020 election was stolen and declaring himself “the American First candidate.”

Trump for his part delivered a familiar red-meat diatribe against the presidential election he lost, undocumented immigrants, foreign heads of state, the media, critical race theory, Democrats and establishment Republicans — calling them, among other things, “horrible human beings who are destroying our country.”

Trump repeatedly called on the crowd to vote for Vance, slamming Republican groups who opposed the Ohioan. Trump’s son, Donald Trump Jr., has repeatedly visited the state to canvass for Vance, and Trump praised his efforts from the stage. Fox News host Tucker Carlson has also urged Trump to back Vance, as did tech billionaire Peter Thiel.

Vance, previously a venture capitalist, spent more than a year battling for Trump’s endorsement alongside a handful of other candidates — including a March 2021 “Apprentice”-style boardroom sit-down audition with the former reality TV star.

Reaction to Trump’s endorsement of Vance was particularly acute among allies of Mandel, the race’s previous frontrunner, and Vance was reportedly the only candidate to attend the rally.

Seeking to stave off a Trump endorsement of his rival, Mandel had argued the nod would have little effect on the race. However, Vance has surged to the head of the pack in the last week, with a pro-Vance super PAC receiving more than $5 million in new donations.

“I would not have told you, you know, a week ago that we were in a position to win convincingly,” Vance said in an interview with POLITICO on Wednesday. “I felt pretty good about the race a week ago, but now I feel very good about it.”

Vance had previously rounded on Mandel following a conflagration during a primary debate on March 18 between Mandel and another candidate Mike Gibbons, where Mandel uttered an expletive at his rival. Vance later said Mandel’s actions were unbecoming of an Iraq combat veteran (Vance also served in Iraq).

“I’ve studied this race closely and I think JD is the most likely to take out the weak, but dangerous, Democrat opponent — dangerous because they will have so much money to spend,” Trump said at the time of the endorsement, referring to the expected Democratic nominee, Rep. Tim Ryan.

Trump has yet to endorse in Senate GOP primaries in Arizona, Missouri, New Hampshire and Alabama. In the latter state, Trump rescinded his earlier endorsement of Rep. Mo Brooks, after Brooks reneged on his previous full-throated backing of the former president’s spurious claims that the 2020 election was stolen from him.