U.S. to ask world for more on global Covid fight as its own cash dwindles 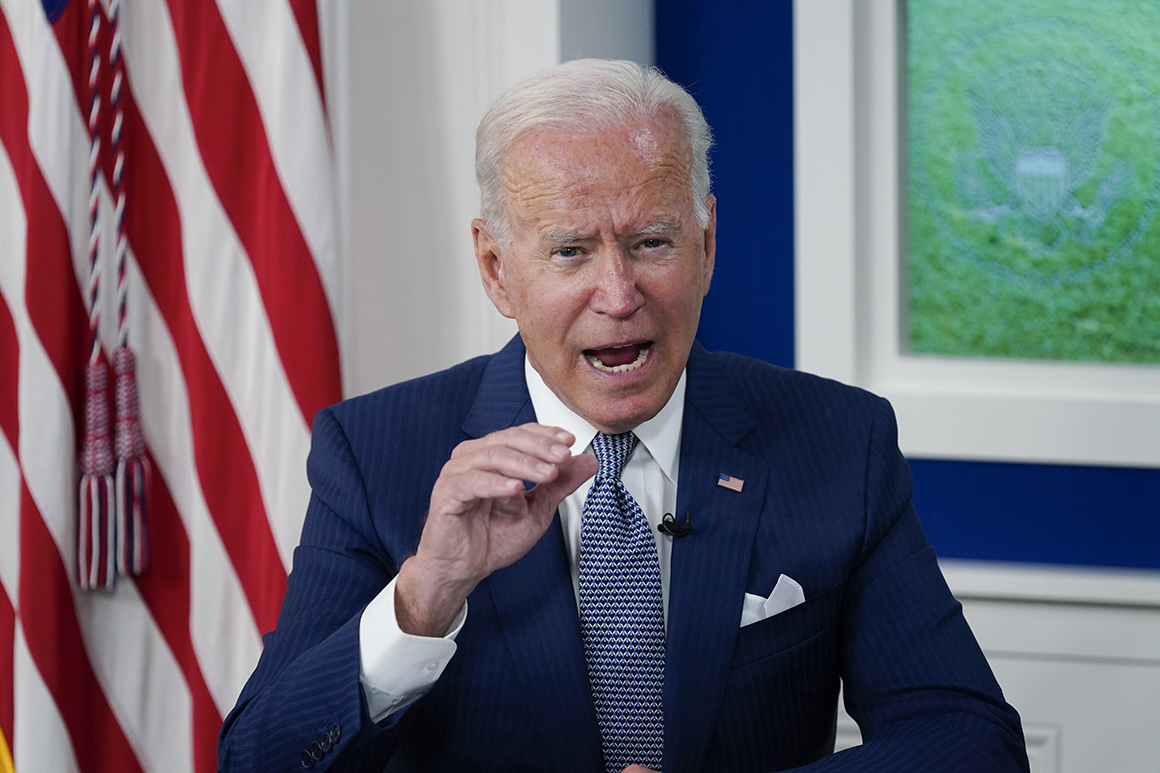 The White House is hosting a global Covid response summit this week — but the U.S. isn’t currently prepared to bring significant new money to fight the virus worldwide, according to two people familiar with the preparations.

Some senior administration officials and health advocates said they fear the world will see the lack of renewed financial assistance by the U.S. as a retreat from the global efforts, and that could affect the Biden administration’s ability to drum up support from other countries.

“If we had more funding to commit, things would be different,” one senior administration official said. “Without that money, it’s hard to see us continuing … to be able to lead the world.”

Without additional funds, it will be difficult for U.S. vaccine programs abroad to continue — some programs are planning to wind down in the coming month. Still, administration officials working on the global Covid effort said they are dedicated to ensuring people in low-income countries have access to Covid-19 shots.

Concerns about the summit come after U.S. lawmakers failed to approve $5 billion in additional funding for the global pandemic response. Democrats and Republicans are negotiating whether to attach an additional request in a Ukraine assistance package, but it’s unclear whether Congress will come to an agreement before the summit. 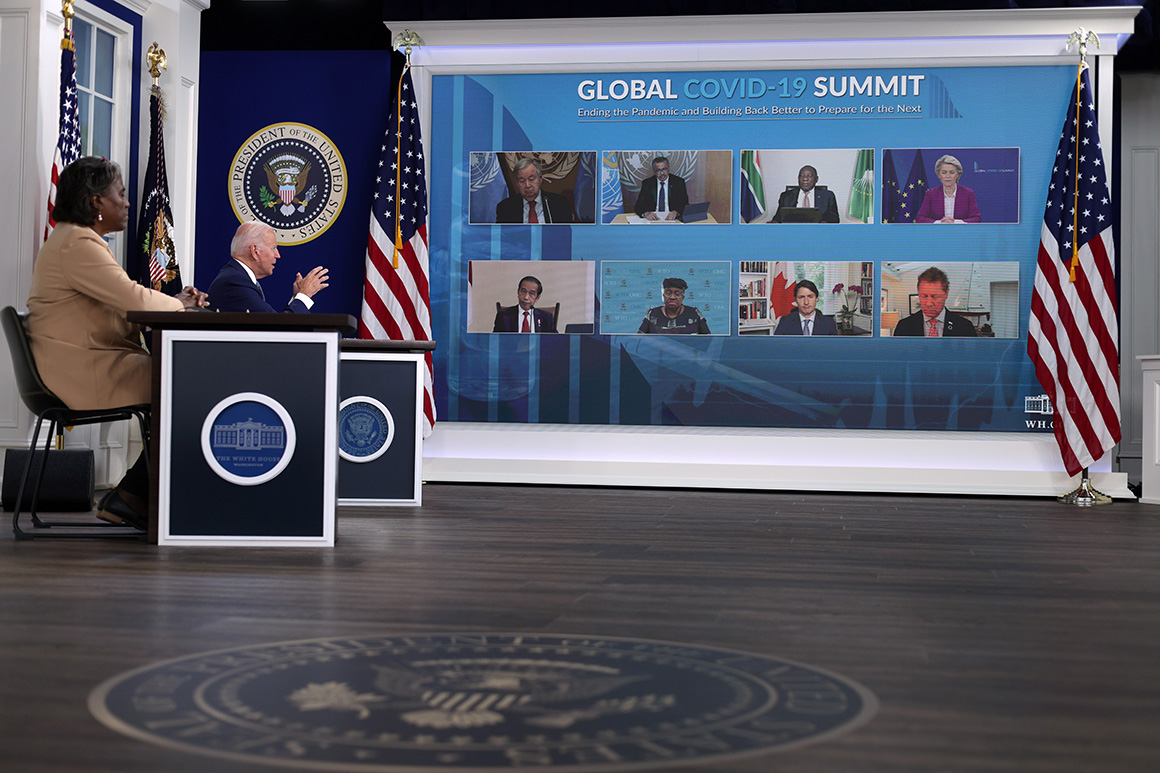 “Because Congress acted before, we’re able to call others to act, and if Congress continues to act, we will continue to be able to make good,” another senior administration official said.

A significant portion of the $5 billion would have gone to the U.S. Agency for International Development to help low-income countries ramp up their vaccination rates above the 10 percent mark. There are 18 countries with vaccination rates below that level, including Niger, South Sudan and Yemen.

Some administration officials insist that the U.S. has done more than any country to help with global Covid-19 vaccinations and that the May 12 summit is supposed to elicit similar commitments from other countries. At the first vaccination summit in September, the White House announced an additional 500 million Pfizer doses for the world and hundreds of millions of dollars in risk insurance to Gavi, the vaccine alliance, to ship the doses. The U.S. has so far shipped almost 530 million vaccine doses, according a KFF tracker.

“We have to continue doing our part,” one of the administration officials said, noting the earlier U.S. pledge to donate over a billion vaccines. “What the summit needs to reflect is that the United States is also engaging with others to do their part.”

For weeks, it was unclear whether the administration would host the summit at all. The event was originally scheduled for earlier this spring, but was delayed because of the war in Ukraine and because the administration needed more time to figure out whether Democrats on Capitol Hill could push through the international Covid funding.

After Congress failed to approve the $5 billion last month, administration officials raised questions about whether it made sense to move forward, especially if the U.S. didn’t have significant pledges to announce, according to one of the senior administration officials and another person familiar with the matter. Now, the White House is rushing to finalize commitments for the summit from companies, countries and philanthropies, one of the officials said.

Officials in the administration have acknowledged that lack of additional money weakens the government’s ability to ask countries to do more to fight the pandemic. It’s possible the administration promotes previously committed funding and programming, for example, through the Development Finance Corp. for increased vaccine production. The administration could also lay out the U.S. investment plan for the Global Health Financial Intermediary Fund, a World Bank fund to help with pandemic preparedness.

President Joe Biden, Vice President Kamala Harris and U.N. Ambassador Linda Thomas-Greenfield are scheduled to participate in the summit. But two people familiar with the matter said that it’s possible Biden might not appear live but rather through a recorded video.

Some senior administration officials dismissed the notion that the way Biden participates — whether through a recorded video or live remarks — matters, saying the summit was rescheduled this spring to ensure that Biden and Harris could attend.

“We wouldn’t be doing this summit without the president’s and the vice president’s commitment,” one of the senior administration officials said. “They’re both participating and we’re still working through modalities with ourselves and with our four co-hosts from across the globe.”

The exact number of foreign pledges has yet to be finalized, and the administration declined to provide specifics about what other countries and organizations promised to do — whether related to policy changes or financial pledges — only calling the current list “inspiring.” The U.S. asked nearly every country in the world for a commitment, one of the senior administration officials said.

“Every speaker … is speaking because they made a commitment, right? And there’ll be several speakers,” the official said.

There are multiple commitments for each theme of the summit, the official said. Those themes are the same as last year’s summit — “Vaccinate the World,” “Save Lives Now” and “Build Better Health Security” — though the policy goals within those themes were updated to meet new needs.

The updated policy goals did not, however, include shifting to vaccinating and boosting 90 percent of vulnerable populations before moving onto the goal of vaccinating 70 percent of all countries, a target for which some global health experts have argued.

“We have not created a target separate from the 70 [percent],” one of the senior administration officials said, noting that vaccinating high-risk groups early has been part of the U.S. strategy.

Globally, the number of infections and deaths are at their lowest since March 2020, according to the World Health Organization, leading many people all over the world to feel the pandemic is over.

U.S. and global health officials warn that’s not the case, especially because the virus continues to evolve and new variants could again overwhelm hospitals and cause many more deaths. But as many governments have dropped pandemic-related restrictions, people’s appetite to get vaccinated has also waned. With vaccines plentiful, the biggest problem now is helping governments around the world get people immunized.

“The summit itself is a way to keep the momentum going,” he said.