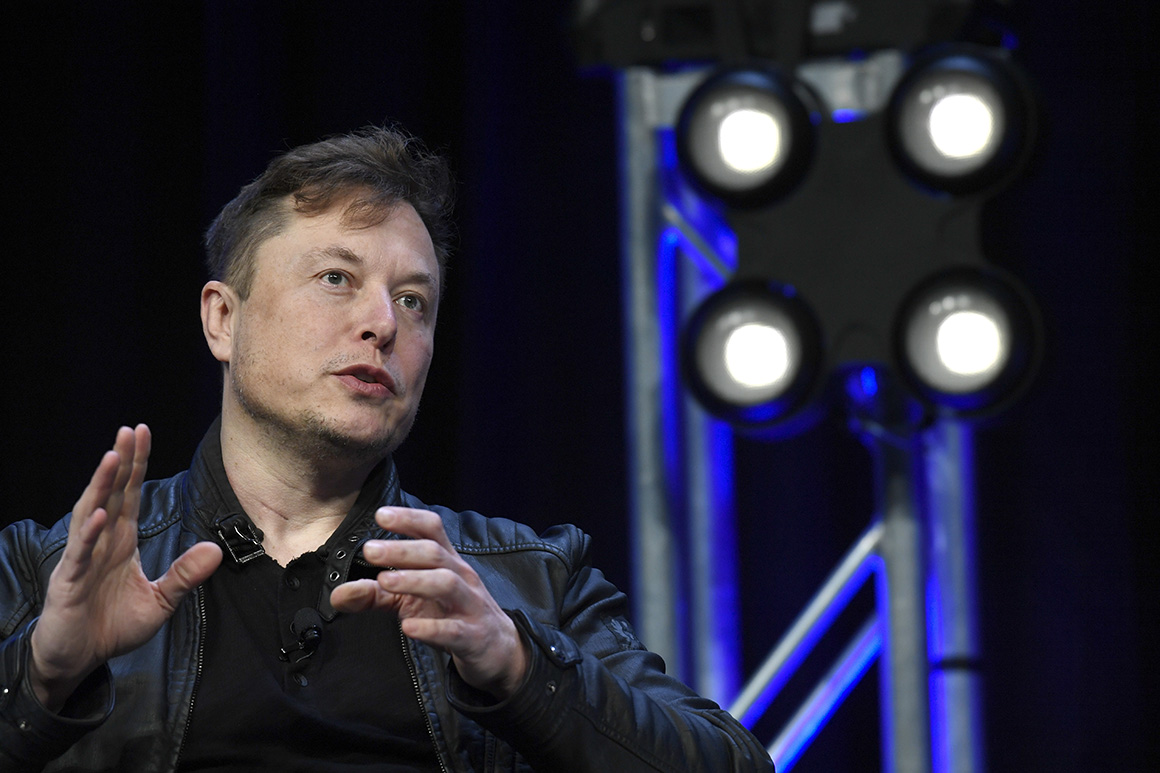 Twitter’s board of directors accepted Tesla CEO Elon Musk’s bid to buy the company Monday, a takeover that could fundamentally change the types of conversations and diatribes allowed on Washington’s favorite social media platform — along with who gets to have their say.

Musk — the world’s richest person — plans to pay about $44 billion for the social media platform that has found itself at the center of debates over what types of online speech should be permissible. Musk has described himself as a “free-speech absolutist” and criticized Twitter for not allowing a full diversity of views to be shared on the platform.

In a press release announcing the planned sale, Twitter CEO Parag Agrawal said, “Twitter has a purpose and relevance that impacts the entire world.”

Musk added: “Free speech is the bedrock of a functioning democracy, and Twitter is the digital town square where matters vital to the future of humanity are debated.” Musk said he wants to make Twitter’s algorithms open source, to combat spam and to authenticate the accounts of all human beings, along with other, unspecified “new features.”

Musk soon after retweeted his quotes from the press release with rocket and heart emojis surrounding “Yesss!!!”

As part of the agreement to buy the company, Musk would also take it private, meaning it would have less financial oversight from the SEC and generally be less transparent, making it in certain ways more difficult for lawmakers to regulate.

White House press secretary Jen Psaki said, “No matter who owns or runs Twitter, the president has long been concerned about the power large social media platforms have over our everyday lives,” and that President Joe Biden has long argued that “tech platforms have to be held accountable for the harms they cause.”

Musk’s previous calls for lifting of permanent bans could allow the return of Former President Donald Trump to the platform (Twitter permanently banned Trump for violating policies against inciting violence following the Jan. 6, 2021, insurrection). However, Trump told Fox News on Monday that he doesn’t plan to rejoin the platform and will stay on his own Truth Social.

“I hope Elon buys Twitter because he’ll make improvements to it and he is a good man, but I am going to be staying on TRUTH,” Trump told Fox News before the Musk purchase was made official. Trump spokesperson Taylor Budowich confirmed to POLITICO that Trump wouldn’t rejoin Twitter.

Republican lawmakers praised Musk’s takeover, saying it addresses their concerns that their political viewpoints are being censored.

“I am hopeful that Elon Musk will help rein in Big Tech’s history of censoring users that have a different viewpoint,” Sen. Marsha Blackburn (R-Tenn.) tweeted after the acquisition was confirmed.

Later Monday, Fox News host Tucker Carlson tweeted “We’re back.” Carlson had not tweeted since late March, when Twitter forced the removal of one of his tweets for violating its policies.

By contrast, Democratic Rep. Pramila Jayapal (D-Wash.) tweeted, “Tax the rich,” adding, “It’s absurd that one person can afford to buy Twitter for more than $40 billion while working families across this country have to choose every day between buying groceries or their prescription drugs.”

Progressive groups have raised concerns that a Musk-owned Twitter could lead to more harassment and hate speech facing particular minority populations on the platform — potentially driving these groups away.

“Mr. Musk: free speech is wonderful, hate speech is unacceptable. … Do not allow Twitter to become a petri dish for hate speech, or falsehoods that subvert our democracy,” NAACP President Derrick Johnson said in a statement.

Although Musk has publicly opined at length about politics, he has not spent a significant amount of his fortune on political spending. The billionaire has given almost $100,000 to lawmakers since 2004, according to an analysis of campaign finance filings. That’s in contrast to his fellow “PayPal Mafia” member Peter Thiel, who has given millions this election cycle alone.

But since then, Musk has started giving more frequently to Republicans. He gave $33,900 to the National Republican Campaign Committee and a Republican super PAC focused on maintaining the Republican majority in 2018. And since 2020, Musk has given $2,800 donations to Republican Sens. Thom Tillis (N.C.), John Cornyn (Texas), Susan Collins (Maine), and others, but not to any Democrats.

Shortly before the news of Musk’s purchase was announced, he tweeted: “I hope that even my worst critics remain on Twitter, because that’s what free speech means.”

Emily Birnbaum contributed to this report.