Yellen, other officials bolt G-20 meeting in protest against Russia 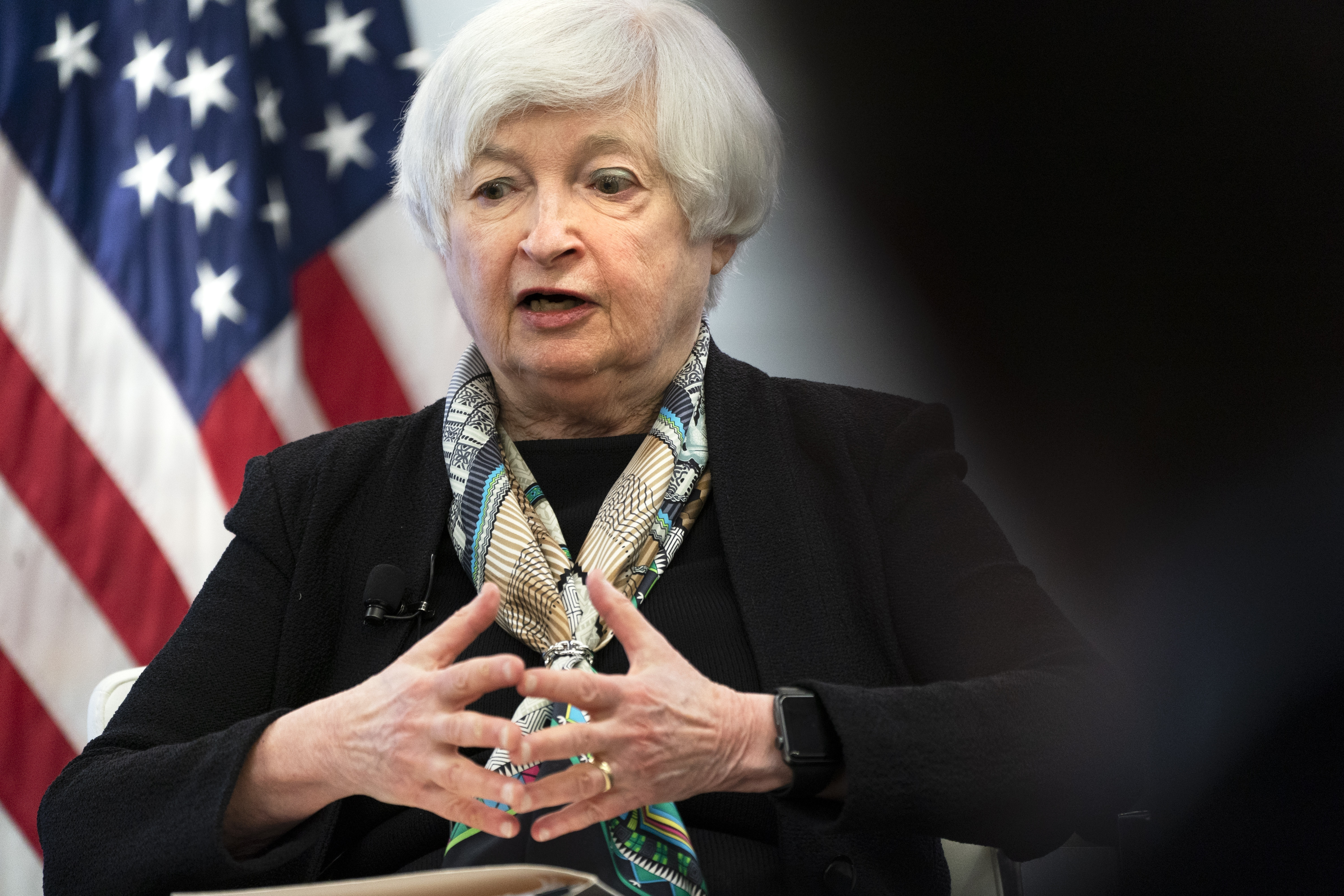 U.S. Treasury Secretary Janet Yellen and other global policymakers walked out of a meeting of the Group of 20 major economies in Washington on Wednesday when Russia’s finance minister began speaking, in a blunt show of opposition to the invasion of Ukraine.

Yellen left the session along with Ukrainian Finance Minister Serhiy Marchenko and multiple other finance ministers and central bank governors once Anton Siluanov, the Russian finance minister who joined the meeting virtually, began to address the gathering. Some economic policymakers from other countries who joined virtually turned off their cameras when Siluanov began to speak, according to a person familiar with the matter.

The move was a signal of how the world’s biggest economies have shunned Russia following its war on Ukraine, which has led to untold civilian deaths, triggered a massive exodus of refugees in Eastern Europe and upended the global economy. Yellen, in a statement at the International Monetary Fund spring meetings, condemned the war “in the strongest terms,” calling it “an assault on fundamental international rules and norms” that “threatens the core of the international order.”

“The United States stands resolutely with the Ukrainian government and the Ukrainian people,” she said, as the U.S. announced a new round of economic sanctions on Russia. “Russia’s war against Ukraine has imperiled the global recovery from the pandemic and aggravated inflation, with vulnerable populations across the world feeling the effects of steeply rising food prices.”

Freeland said on Twitter that Russia should not be allowed to participate in the G-20 meetings and tweeted a photo of the group standing in the lobby at IMF headquarters, where the meeting took place.

“The world’s democracies will not stand idly by in the face of continued Russian aggression and war crimes,” Freeland said. “Today Canada and a number of our democratic partners walked out of the G-20 plenary.”

An official familiar with what happened during the meeting said Freeland told Russian technocrats on the sidelines that they are complicit in war crimes. Freeland, the official added, also told members of the Russian delegation that they should try to convince President Vladimir Putin to end the war or else resign from their positions.

Yellen had said last week that the U.S. might skip some G-20 meetings if Russia attended. Senior Treasury officials said Monday that she would attend the opening session of the meeting that deals with the macroeconomic consequences of the war, in solidarity with her Ukrainian counterpart, but might skip other sessions. Yellen is set to meet privately on Thursday with Marchenko and Ukraine Prime Minister Denys Shmyhal, a Treasury official confirmed.

“It’ll be important for us to be there to stand with our partners and allies in opposition to Russia’s invasion and in support of Ukraine,” a senior Treasury official said. “We can’t let Russia stop the United States and our partners from getting important work done in this session, as well as some of the others.”

IMF Managing Director Kristalina Georgieva said at a press briefing Wednesday morning that some countries might leave if Siluanov dialed into the meeting.

Asked about the significance of the G-20 in times of war involving its members, Georgieva said: “As an institution that has 190 members I can vouch for the fact that it is more difficult when there are tensions, but it is not impossible, and important decisions are taken.”

President Joe Biden has called for Russia’s removal from the G-20, but Indonesia, which chairs the group this year, said it planned to invite Russian officials to meetings this week that coincide with the IMF and World Bank’s spring meetings.

In a one-one-one discussion with Indonesian Finance Minister Sri Mulyani Indrawati on Tuesday, Yellen “firmly condemned Russia’s brutal invasion of Ukraine, and emphasized there will be no business-as-usual for Russia in the global economy,” Treasury said.

In a press conference following the G-20 meeting on Wednesday, Indrawati said the walkout was not a surprise, as some officials made clear prior to the gathering how they would respond if Russian officials spoke up. She said she thought the walkout was done in a way that was not disruptive to the conversation.

“We were able to express the view of all members and invitees regarding the global economic risk and how this risk needs to be addressed,” she said. “There is a strong condemnation regarding the war in Ukraine by Russia, but all members essentially underlined the need for all of us to continue maintaining G-20 cooperation and the importance of multilateralism.”

“I’m confident that this will not erode the cooperation as well as the role of the G-20 forum,” she added.

Andy Blatchford contributed to this report.